Proposed 2021 budget has ‘too many lump sum appropriations’ – Angara 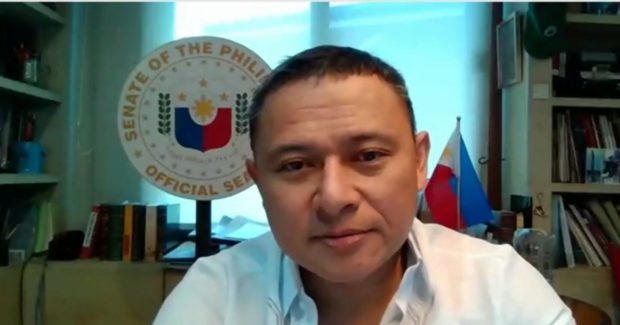 MANILA, Philippines — The chief defender in the Senate of Malacañang’s proposed P4.5-trillion expenditure plan for next year on Sunday agreed that it had too many lump-sum appropriations for infrastructure projects, a budgeting system that the Supreme Court had declared unconstitutional.

Sen. Sonny Angara, who will sponsor the national budget as Senate finance committee chair, said Sen. Panfilo Lacson was correct when he flagged P469 billion that the Department of Budget and Management (DBM) allotted for road projects of the Department of Public Works and Highways (DPWH) that had already been funded by the government this year.

“We want to do away with repetitive or redundant budgeting because it [leads] to corruption … It’s not a good budgeting practice,” Angara said in a radio interview.

He also admitted that the 2021 National Expenditure Program (NEP) lacked specific details on the implementation of thousands of projects that Lacson found in the annual budget of the DPWH.

“I think that’s a good point from [Lacson]. Definitely, there should be a breakdown of the lump-sum [allocations] because the Supreme Court said that … lump sums are [unconstitutional],” Angara said.

“As a general rule, it’s a good budgeting practice to specify government projects. [The DBM] should present the list of those lump-sum [appropriations] and those items considered continuing projects that were included in both the 2020 and 2021 budgets,” he added.

During the budget presentation in the Senate last week, Budget Secretary Wendel Avisado assured the senators that he would bring up the reappropriated projects with Public Works Secretary Mark Villar.

Avisado said he would submit a revised NEP to both chambers of Congress at the resumption of budget deliberations this week.

Citing an unnamed source from the DBM, Lacson said the lump-sum appropriations reappeared in the DPWH’s proposed spending because certain members of the House of Representatives were “haggling” for infrastructure projects.

He did not identify the lawmakers, who allegedly devised the “new scheme” to avoid scrutiny by their colleagues during the budget hearings in the House.

In the radio interview on Sunday, Angara said providing billions of pesos for President Rodrigo Duterte’s intelligence fund should be tempered as government earnings fell down significantly due to the new coronavirus pandemic.

“At the end of the day, he is still the President. He’s the chief of the entire country so it’s also good that he will have access to all [intelligence] information,” he said.

“But [his intelligence budget] should not be increased too much … It’s not also good to cut the President’s budget because he also needs it to function effectively. But for me, we should not increase it unreasonably,” he added.

Lacson, a retired national police chief, said he found the DBM’s request of P2.25 billion for the President’s intelligence fund “a bit too much” as he promised to review how the President spent the huge appropriations in the previous years.

This year, Duterte received P4.5 billion in intelligence funds, the largest amount that Congress had given to any President.

The 2021 budget contains no appropriation for pandemic relief, as the government plans no more hard lockdowns to allow the reopening of the economy.

But Sen. Sherwin Gatchalian said on Sunday that billions of pesos earmarked in the budget for travel expenses of public officials should be funneled to relief for poor families gravely affected by the pandemic.

Gatchalian, vice chair of the Senate finance committee, also proposed diverting the “double appropriations” for the DPWH to the relief program that had been discontinued by Malacañang.

“I don’t see [government officials] going on trips frequently next year. First of all, nobody wants to travel,” Gatchalian said in a radio interview.

“So we can remove [the budget] for travel and study trips because everybody is now doing webinars, which cut costs on food and for renting vehicles. These could run into billions [of pesos] that we can now use as [financial] assistance [to] our countrymen,” he said.

Gatchalian noted that despite an expected spike in poverty in the next 12 months, the government slashed by 53 percent the allocation for the Department of Social Welfare and Development (DSWD) from P366 billion this year to P172 billion next year.

Citing information from the National Economic and Development Authority (Neda), Gatchalian said about 18 million Filipinos would be living below the poverty line next year.

To deal with that prospect, Gatchalian reiterated his call to the DBM to continue providing P300 in monthly subsidy for the poor under the DSWD’s unconditional cash transfer program, which the government implemented to cushion the impact of tax reform it introduced in 2018.

“This would need an additional P30 billion in the budget of the DSWD. Aside from this, we should ensure continued assistance [to poor Filipinos],” he said.

“Let’s look for [budget items] that are not that important, including the ones that Senator Lacson flagged. I myself noticed that there are many double appropriations in the NEP. Some are already ongoing projects, but [are given appropriations for] 2021,” he added.

Sen. Imee Marcos shared Gatchalian’s concerns, saying the government’s proposed spending program for next year was not responsive to efforts at recovery from the COVID-19 pandemic as the allotments for the DSWD and the Department of Health were insufficient.

‘Why are they that optimistic?’Marcos, a junior senator, also questioned Neda’s forecast a 6.5 percent economic growth next year despite the pandemic and the record unemployment.

“Why are they that optimistic for a very high growth rate? We may be promising what we cannot deliver,” she said.

“Our understanding of economic planning is that we should plan for the worst and pray for the best. I’m anxious that [Neda] is overly optimistic,” she added.

“If you look at the national budget, it is as if there’s no pandemic,” she said.