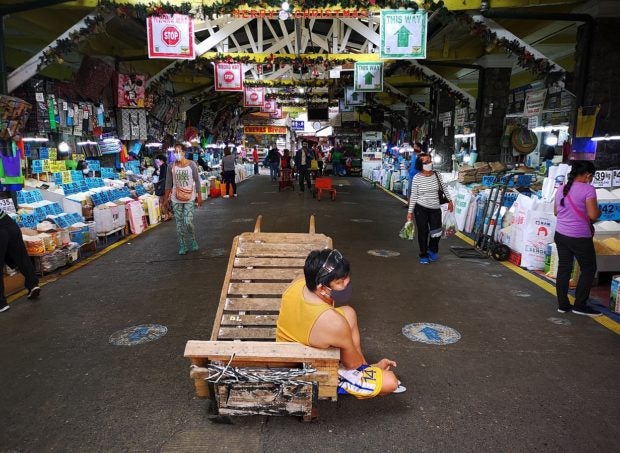 EMPTY MARKET. The quarantine has regulated traffic inside the Baguio City Public Market, which is due for a massive overhaul. Two retail giants are vying for its redevelopment. PHOTO BY EV Espiritu

BAGUIO CITY — Unsolicited proposals by two shopping mall giants for the modernization of the Baguio City Public Market will undergo a new round of evaluations, Mayor Benjamin Magalong said.

The OPS would have allowed the city government to negotiate terms with Robinsons for the construction of a multilevel market building to be administered by the city, and a separate retail building it would operate for 50 years.

Magalong cited critical deficiencies in the plans offered by Robinsons.

He recently ordered fresh evaluations of the building projects submitted by Robinsons and by SM Prime Holdings, “this time focusing on their track records in joint ventures with local governments.”