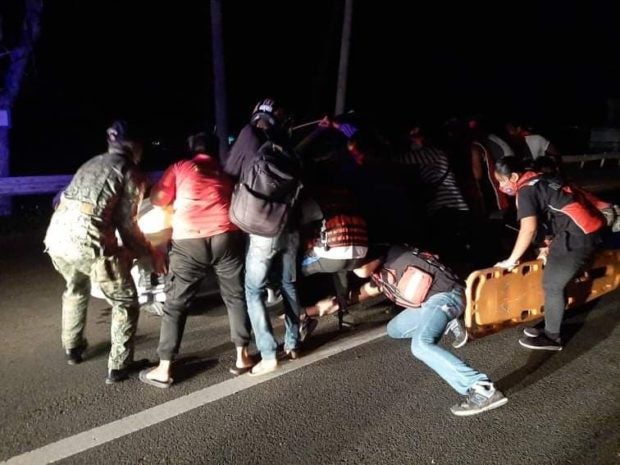 Rescuers respond to a road crash at Barangay Silauan Sur in Echague, Isabela where a retail chain worker was killed after a car ran over him on Saturday night. (Photo courtesy of PNP-Echague, Isabela)

ECHAGUE, Isabela — A 23-year-old motorcycle rider died on the spot after he was run over by a car here on Saturday night, police said.

Witnesses said Bauit’s motorcycle was wiggling as it tumbled to the ground in Barangay Silauan Sur around 10 p.m.

The car driven by Mark Samson Lorenzo, a firefighter, failed to avoid Bauit, accidentally running over him.

Bauit was taken to the Southern Isabela Medical City but was declared dead on arrival.

Lorenzo surrendered to the authorities and promised to shoulder the expenses for the victim’s burial.