1 maid, 2 jobs: Maids in Singapore made to clean more than one home rarely complain 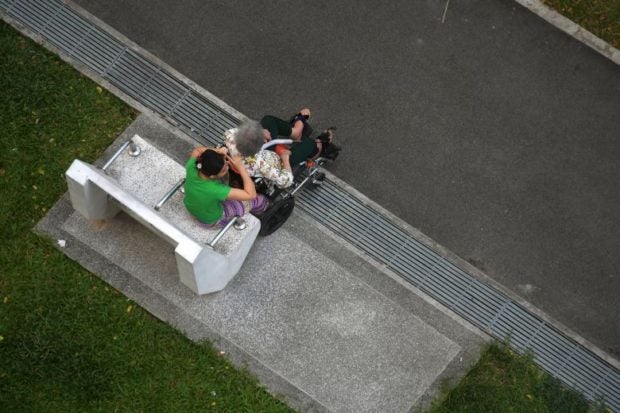 Under the law, employers must ensure that domestic helpers perform only household and domestic duties. The Straits Times/Asia News Network/KUA CHEE SIONG

The then novice maid endured the arrangement, cleaning and cooking for both households in Ang Mo Kio between 2010 and 2015.

Despite the exhaustion from chores that had her working past 9.30pm every day – with only a half-hour reprieve for lunch – the East Java native, now 35, never reported the illicit deployment to the authorities.

“I knew it was not correct but I was young and new. I was afraid to get in trouble with (the employer) because I thought I would get blacklisted. I felt I could not speak up so I just followed,” she said.

“My purpose here is to work and make money, not to make trouble.”

The workload eventually became unbearable, and she asked to go home. Two months later, she got in touch with another agency and returned to Singapore – and to a new employer.

The issue of maids being illegally deployed came under the spotlight after Ms Parti Liyani, a former maid employed by Mr Liew Mun Leong and his family, was acquitted of stealing from them. Mr Liew last week stepped down as chairman of Changi Airport Group and Surbana Jurong, as well as from posts in two other organisations.

Ms Parti had been asked to clean the home and office of Mr Liew’s son Karl Liew, and the judge found that there was reason to believe the Liews had pre-emptively terminated her employment and lodged a police report alleging theft after she threatened to report the illegal deployment to the Ministry of Manpower (MOM).

Seven of the 12 maids The Sunday Times spoke to had been asked by an employer to perform chores in another household. None of them had reported the issue to MOM.

Like Siti, they cited not having a complete understanding of the rules, fear of repercussions and a feeling of futility as reasons for not blowing the whistle.

One maid, who wanted to be known as Diyah, said five of her previous employers asked her to work in other family members’ households or their workplaces.

She said she was unaware of the rules during her stints with her first two employers.

Her third employer claimed to have MOM’s approval, despite never consulting her on the arrangement, and Diyah said she did not know how to verify this.

Similarly, Surabaya native Lara was asked not only to tend to two households in the same condominium, but also to clean an office monthly over an eight-month stint. She told her agency about the multiple deployments at the end of her stint, but was unsure if the matter was ever reported to MOM.

“I was still in deduction at that time,” she said, referring to the initial period when part of her salary would go to the agency. “I didn’t want a lot of trouble because my boss’ wife had a temper, so I just wanted to finish the deduction and swallow it. I knew it was not right.”

Under the law, employers must ensure that domestic helpers perform only household and domestic duties, and can work for their employer only at the address stated on their work permit.

MOM said last week that between 2017 and 2019, it received an average of 550 cases a year of maids being made to work illegally by their employers or household members. That is 0.2 percent of the more than 236,000 employers of FDWs here, it added.

Three quarters of the cases were brought to the ministry’s attention by third parties, while the rest were complaints lodged by the maids themselves, MOM said in response to media queries.

The ministry said that upon investigation, the majority of cases were FDWs who had been deployed with their charges – either children or seniors – to the homes of close family members to provide care there. This is permitted so long as the helpers accept the arrangements, are not required to perform the household chores of two families, and have their well-being taken care of, said MOM.

Those found guilty of illegally deploying an FDW can be fined up to $10,000 in the first instance, and be banned from employing FDWs.

MOM said every allegation is treated seriously and looked into, but did not elaborate on what its threshold for prosecution is. In serious cases, such as those where FDWs are regularly deployed to do non-domestic work or to work on commercial premises over a long period, employers can be fined and also debarred from hiring FDWs, it added.

Ms K. Jayaprema, president of the Association of Employment Agencies (Singapore) argued that the responsibility for curbing exploitation of FDWs ought to be shared among stakeholders.

“We have to instill in everybody this responsibility to stick with the rules about illegal employment and deployment… We need to send a strong signal to every foreign worker and employer in Singapore so that everyone falls in line.”

But non-governmental organizations (NGOs) pointed out that the power asymmetry between employer and maid, as well as fear of retaliatory action, means many cases likely go unreported, especially if employers push the envelope of what is allowed without entering egregious territory.

“Workers often agree to partake in such activities (even if they know it is illegal) as they are afraid of being scolded or terminated if they refuse, as there exists an unequal balance of power between the worker and the employer,” said a spokesman for the Humanitarian Organization for Migrant Economics (Home).

“Facing the possibility of being sanctioned will also prevent them from making complaints to MOM.”

Foreign Domestic Worker Association for Social Support and Training (Fast), referring to MOM’s advice for employers to work out a job scope with the helper when they have to visit other family members, said: “On the ground, the execution of these understandings and agreements may be different from one family to the next. While Fast has seen cases of misunderstanding, it does not reflect the overarching sentiments of the FDW-employer relationship in Singapore.”

While Ms Parti stood firm against her accusers after her threat of lodging a report with MOM ostensibly led to criminal accusations against her, many FDWs would have chosen to plead guilty and move on, given the financial and other constraints, said lawyer Anil Balchandani, who worked on Ms Parti’s case pro bono.

“They feel that it’s convenient or they are given the impression that it’s just convenient to apologize and plead guilty, and they’ll be sent home, which is what they really want after a little while of being accused and interrogated,” he said in an interview with Home. “And that in itself is an injustice.”

The Centre for Domestic Employees said it is in the self-interest of employers to ensure their domestic workers do not face stress or burnout from overwork, whether caused by working in two locations or additional chores.

“If the FDW feels tired due to overwork, the risk of sustaining an injury increases,” said the centre, which was set up by the National Trades Union Congress. The employer would then be responsible for the non-subsidized medical treatment.

Of course, not all domestic workers who were illegally deployed had negative experiences.

One 41-year-old helper told ST that she is happy to clean the home of her employer’s mother twice a week for an extra $50, as the children in her care have grown up and her original workload has fallen.

“It’s not too tiring, and my employer is very understanding and doesn’t rush me to come home. Usually, on those days she won’t make me cook dinner,” said the Indonesian from Semarang, Central Java.

But such cases where both parties are happy are “very rare”, said Ms Ummai Ummairoh, president of support group Indonesian Family Network. “Even if the helper tells the employer she is okay with it, many say yes and accept the money because they are scared,” she said.

“Things are better than in the past because of all the complaints and (the work of) NGOs, but there still needs to be a lot more support because we still see a lot of cases, and helpers ask for support because they are exhausted,” she said.