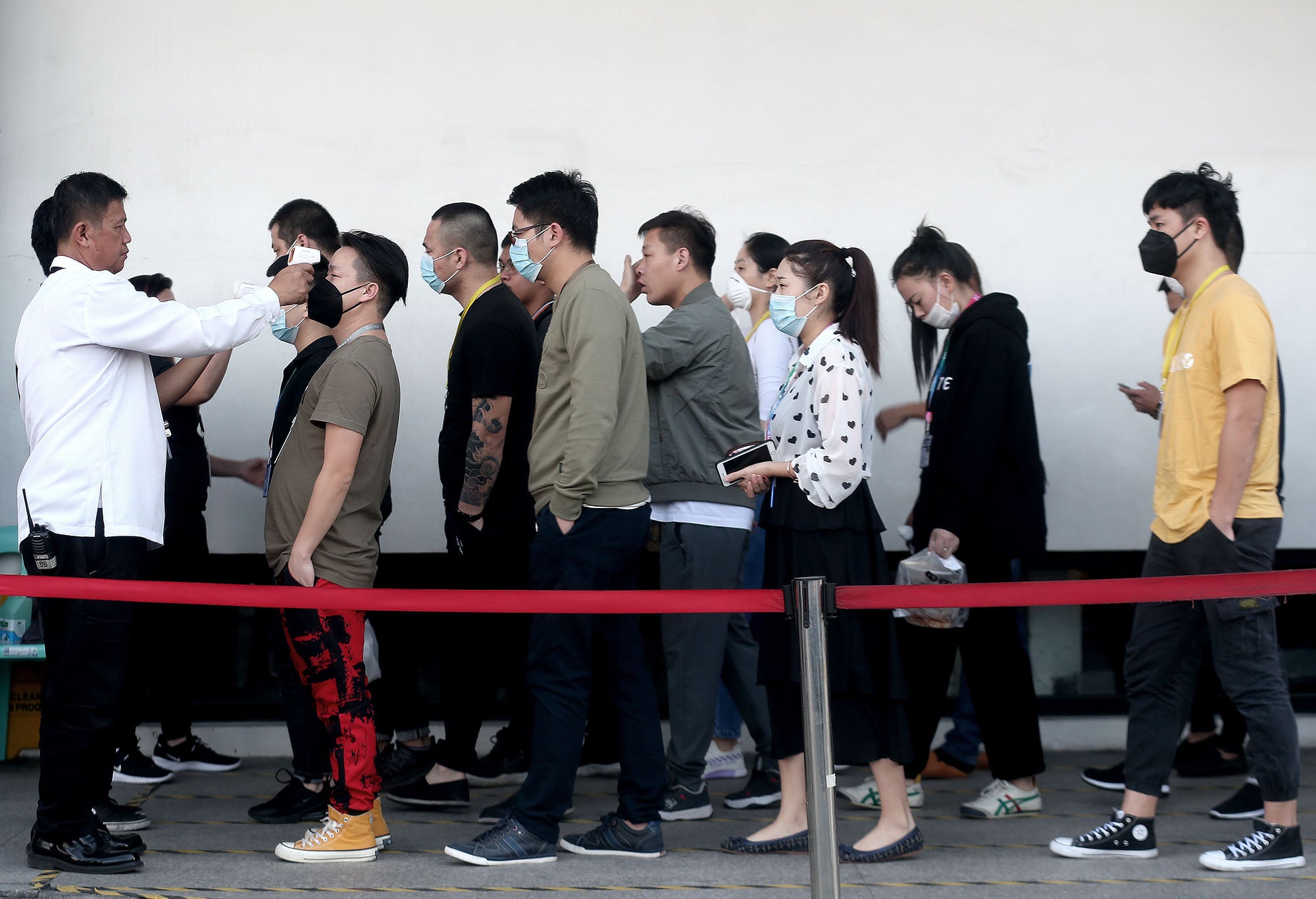 FILE — Chinese nationals working for Philippine Offshore Gaming Operators have their temperature checked as precautionary measure against the spread of COVID-19 before entering the office building at Pearl Plaza mall in Barangay Tambo, Paranaque City. INQUIRER PHOTO / RICHARD A. REYES

MANILA, Philippines — Senate Minority Leader Franklin Drilon on Saturday said that a P17.5 billion revenue is expected from Philippine Offshore Gaming Operators (Pogos) under the newly-enacted Bayanihan to Recover As One Act or Bayanihan 2.

In a statement, the Senate leader said that Bayanihan 2 “redefined the taxation of Pogo and tightened the regulations in a bid to raise funds to augment the government’s dwindling resources.”

“The Bayanihan 2 will more than double the tax collection from POGO – from P7 billion estimated collection in 2019 to approximately P17.5 billion this year because of the reforms we have introduced in the measure,” he added, citing estimatesfrom the Department of Finance.

“All revenues from POGO will be used to fund the various types of assistance laid out in the Bayanihan 2 for all sectors affected by the pandemic.”

Under the law’s provision, which was first proposed as an amendment by Drilon, it mandates that a five percent franchise tax shall be on the gross bets or turnovers, or the pre-determined minimum monthly revenues from gaming operations, whichever is higher.

“With his amendment, the government can now impose the five percent franchise tax on the gross bets or turnovers which will yield more revenues for the government,” Drilon said.

Drilon added that under Bayanihan 2, the franchise tax will be computed on the peso equivalent of the foreign currency used, based on the prevailing official exchange rate at the time of payment.

This way, Drilon said, it would prevent Pogos under-declaring their income.

Failure to follow the provision will be a violation of the National Internal Revenue Code of the Philippines, Drilon added.

Bayanihan 2 also orders the Bureau of Internal Revenue to shut down Pogos that fail to pay the taxes due.

The measure orders the Bureau of Internal Revenue (BIR) to shut down POGOs which fail to pay the taxes due.

President Rodrigo Duterte signed into law the Bayanihan 2 on Friday, which provides a P165 billion stimulus and relief package to cushion the effects of the COVID-19 pandemic.

P140 billion of the fund will be for regular appropriation and P25 billion as standby funding.

The biggest share of the budget will go to loans for sectors hit by the pandemic such as micro, small and medium-scale enterprises, transport, tourism and agriculture.