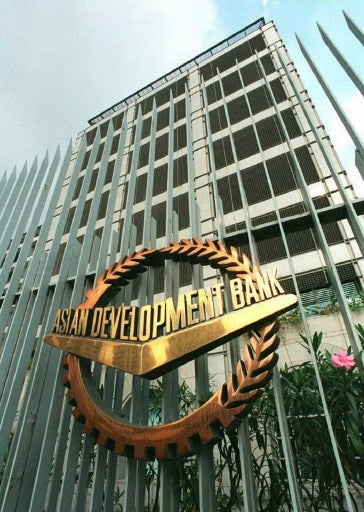 The facade of the headquarters of the Asian Development Bank in the Philippines. AFP PHOTO

MANILA, Philippines — A pro-environment group has called on the Asian Development Bank (ADB) to stop funding coal energy-based projects ahead of a virtual meeting hosted by the country, claiming that it is a primary driver for pollution in Asia.

The Center for Energy, Ecology, and Development (CEED) explained on Friday that ADB’s renewable energy investments cannot cover the fact that it has engaged in projects to source energy from fossil fuels.

The second stage of ADB’s 53rd Annual Meeting of the Board of Governors, which should have been held in Manila if not for the COVID-19 pandemic, will be held in a virtual platform from September 17 to 18.

“Thanks to the lenient Energy Policy it adopted in 2009, ADB is guilty of having shaped Asia’s energy sector into its carbon-intensive state today,” CEED executive Director Gerry Arances said in a statement.

“No amount of renewable energy investments could cover up the bank’s role in advancing the myth of clean coal and the fact that half of the total installed capacity of power generation projects it funded the past decade are from fossil fuels,” Arances added.

According to CEED, ADB must be responsible for its actions especially since a lot of studies believe that several parts of Asia are susceptible to climate change, including the oft calamity-stricken Philippines.

CEED’s comments about ADB and its involvement in the carbon energy sector are not the first: in fact, in June 2016, the Philippines’ Climate Change Commission asked ADB and other financing firms to stop bankrolling coal energy, to promote a shift to renewable and clean energy.

In 2018, solar power advocates also urged ADB to look at the possibility of funding solar energy projects and research, especially since it is seen as a better alternative to coal power plants which are deemed dangerous for the environment.

“The critical reflections we from civil society offer today mirror what the bank’s Independent Evaluation Department reported: that ADB needs a new energy policy that accurately responds to the region’s needs,” Arances noted.

“In doing so it must live up to its role in global energy transformation, which it can begin by completely leaving coal in its dirty past,” he added.

Other stakeholders also believe that if ADB moves to stop backing coal energy, it would have a big impact on achieving goals of limiting global temperature rise.

“The Taal volcano eruption, Australian forest fires, floods in Pakistan and Bangladesh, and the typhoons in the USA all struck within a span of 7 months amid COVID-19. If there ever was a time to be climate responsible for ADB, it is now,” Rayyan Hassan, executive director of NGO Forum on ADB, said.

“We as NGO Forum on ADB demand that the ADB Board of Directors and ADB Senior Management take heed of this recommendation and act swiftly towards an immediate end on all coal and coal-related power and forge towards a just transition to limit global temperature rise to the Paris goal of 1.5°C. ADB must end coal, and end it now. We are out of time,” he added.

Read Next
China imposes curbs on US diplomats in response to US move
EDITORS' PICK
QC gov’t to give free COVID-19 antigen test to residents on January 19
DOH: 28,471 new COVID-19 cases in PH; active cases now 284,458
Acer starts the year off strong with the Aspire Vero National Geographic Edition
Over 3 Million worth of prizes to be won at Smart Padala’s SENDali Manalo Promo!
WHO urges manufacturers to provide COVID-19 vaccine data
Gear up and get ready to play with Yamaha Mio Gear
MOST READ
Cold-case investigation names surprise suspect in Anne Frank’s betrayal
On Day 2 of implementation, gov’t says workers now exempt from ‘no vax, no ride’ policy
Czech anti-vax singer dies after deliberate infection
Manila RTC judge inhibits herself from ‘Hilongos mass graves’ case
Don't miss out on the latest news and information.