P1.6M worth of ecstasy tablets seized in Port of Clark | Inquirer News

P1.6M worth of ecstasy tablets seized in Port of Clark 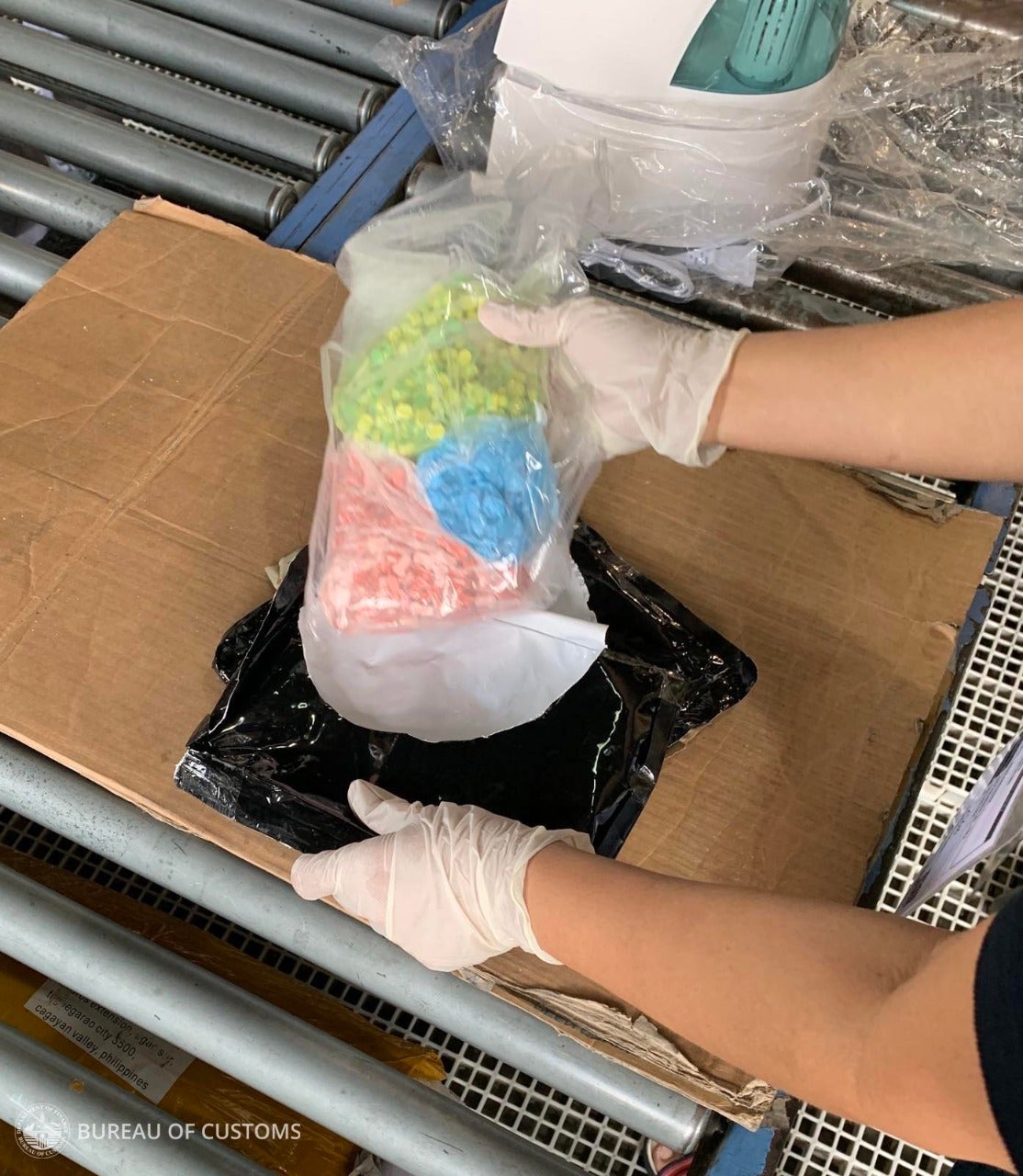 Smuggled ecstasy tablets with an estimated value of P1.6 million by the BOC at the Port of Clark. (Photo from BOC)

MANILA, Philippines — A total of 988 pieces of smuggled ecstasy tablets with an estimated value of P1.6 million were seized in the Port of Clark, the Bureau of Customs (BOC) reported Friday.

BOC said the shipment was declared as an “air humidifier” and arrived at the Port of Clark from Milton Keynes in the United Kingdom on September 1.

However, BOC said a non-intrusive examination of the shipment showed images of various tablets similar to that of the previously apprehended ecstasy, prompting the physical examination of the subject shipment which yielded an air humidifier and 988 pieces of tablets in assorted colors.

Laboratory testing and chemical analysis of the items confirmed the presence of methylenedioxymethamphetamine (MDMA) or commonly known as “ecstasy,” which is a dangerous drug under Republic Act No. 9165.

Following this, BOC said a Warrant of Seizure and Detention was issued against the shipment in violation of the Customs Modernization and Tariff Act (CMTA) in relation to the Comprehensive Dangerous Drugs Act of 2002.

The illegal drugs were also turned over to the Philippine Drug Enforcement Agency (PDEA) for proper disposition.

BOC said this is the 18th shipment of illegal drugs that the Port of Clark has seized and in sum, over P34-million worth of prohibited drugs such as marijuana and ecstasy were seized at the port this year.