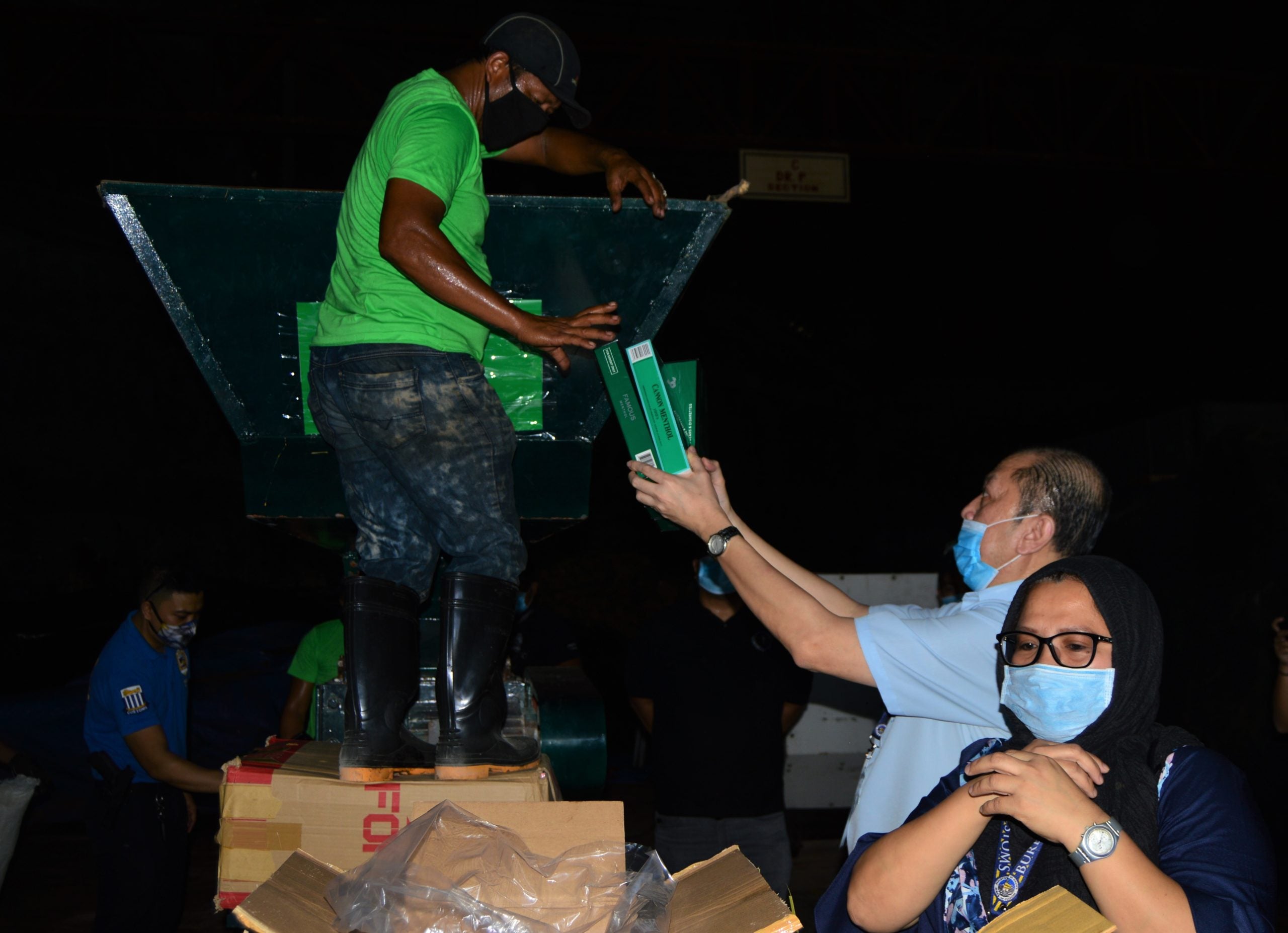 “We don’t want cigarettes that are illegal to be sold here in Northern Mindanao,” Simon said.

The seized cigarettes were shredded at the Greenleaf 88 waste disposal facility at the village of Bayabas here.

Simon said the items were seized as their importers failed to pay duties in violation of the Customs Modernization and Tariff Act.

The BOC, however, has yet to identify the consignees.

Oliver Valiente, chief of the regional BOC’s Customs Intelligence and Investigation Service, said the contraband came from China and other Asian countries and entered through the Zamboanga Peninsula.

According to the Department of Finance, consignees are using new schemes to smuggle cigarettes into the Philippines.

Citing a report from Customs Commissioner Rey Leonardo Guerrero, Finance Secretary Carlos Dominguez III said, for instance, that a P53 million-worth of cigarette shipment from Ningbo, China in two shipping containers were declared as tissue paper when these were seized in the port of Davao last July 12.

When the cargo reached the port of Davao, Guerrero said the containers of smuggled cigarettes were not declared despite Customs documents showing the existence of the shipment.