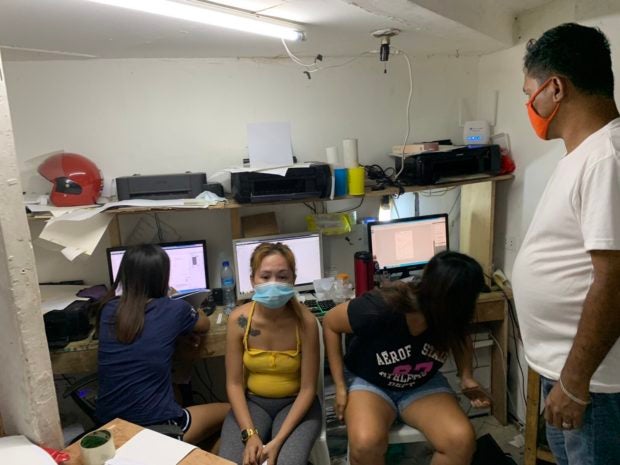 The suspects were arrested for making fake government documents. (Photo from the MPD Public Information Office)

Members of the Manila Police District (MPD) were verifying a tip about motorcycle parts and accessories being sold illegally at a shop on Alfonso Mendoza Street, Lt. Col. John Guiagui, MPD chief, said on Tuesday.

On arriving at the shop on Monday afternoon, an undercover police officer paid P500 to one of the suspects for fake travel authority.

A 17-year-old boy was also arrested and was put under the custody of the Department of Social Welfare and Development office.

The officers seized were computer and printers and recovered the P500 marked money. 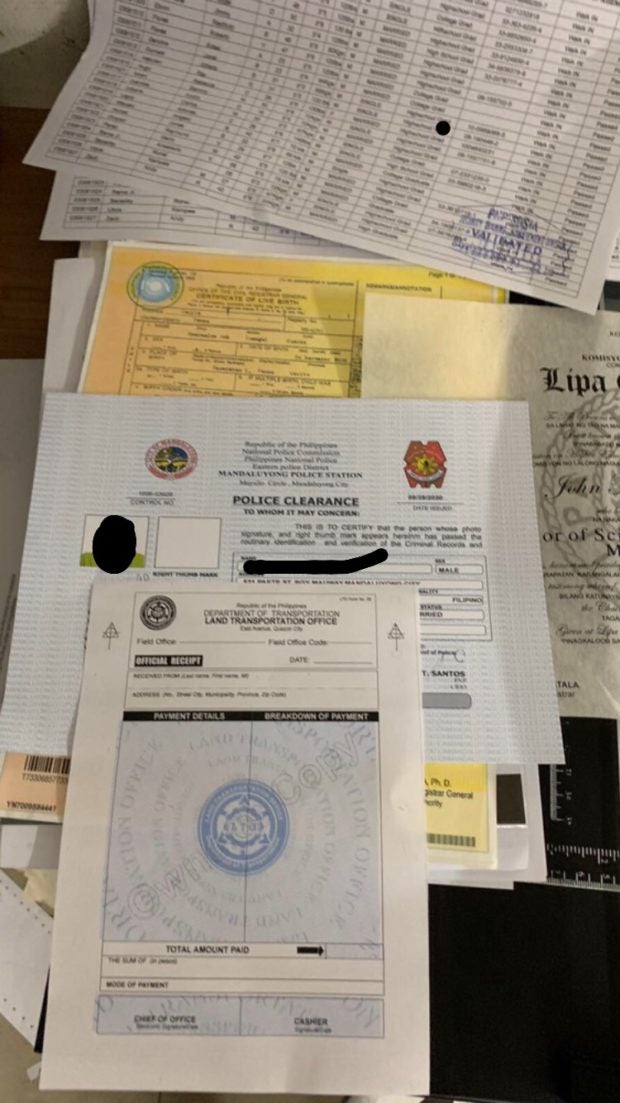 The suspects will face cases for falsification by private individuals and the use of falsified documents and false medical certificates.

Guiagui said these suspects were accomplices of another set of suspects arrested last week in Manila for producing fake COVID-19 rapid test results.