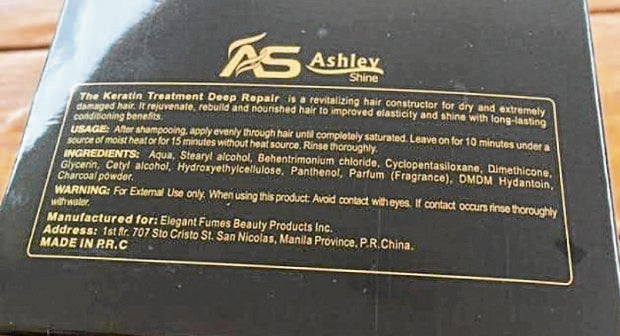 Puwersa ng Bayaning Atleta party-list Rep.Jericho Nograles said the description of Manila as a province of China on the packaging of the hair care product is an insult that cannot be dismissed as a simple error. He wants the manufacturer and importer of the product blacklisted in the Philippines. —PHOTO COURTESY OF REP. JERICHO NOGRALES

MANILA, Philippines — The beauty product sold in Binondo, Manila that tagged Manila as a province of China is likewise being peddled in Davao City and other parts of the country, according to an advocacy group.

It was Nograles who sought for the blacklisting of the distribution of the hair care product.

“We have learned that this product has found its way to the Davao City market and elsewhere in the country,” Ellorin said in the letter.

The advocacy group leader also asked Nograles to conduct a “deeper investigation” on the matter.

“The courage and patriotism that you displayed is what emboldened us to approach you and ask for a deeper investigation into the entities behind this product being distributed by the Binondo, Manila-based Elegant Fumes Beauty Products, Inc.,  that has declared our country a ‘province of China,’” Ellorin said.

“We are sure you are as troubled as we are by the implications of the product’s packaging,” he added.

Nograles has since responded to Ellorin’s letter, where the lawmaker said that the investigation with national agencies on the matter is still ongoing.

“The investigation with the national agencies are still ongoing and I have confidence that they will be faithful to the law and their duties,” Nograles said in his letter, which he forwarded to INQUIRER.net.

“Otherwise, that will be the only time that Congress can exercise its duties on oversight,” he added.

Nograles also noted in his letter that in late August, the beauty product was already pulled out from all department stores and major shopping outlets nationwide.

The City of Manila previously padlocked four stalls inside a Binondo mall that sold the beauty products. 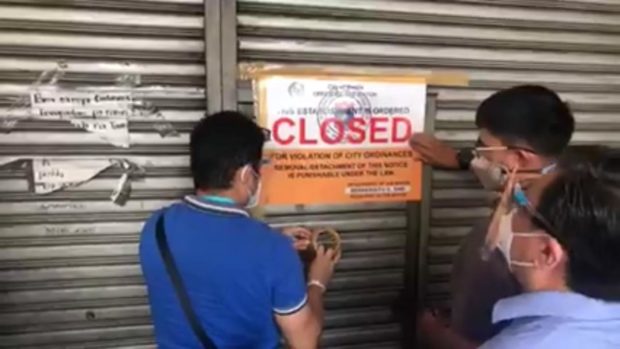 Meanwhile, Manila Mayor Isko Moreno asked the National Bureau of Investigation to investigate the company behind the hair care product.