Nephew owns up to abandoning elderly aunt under MacArthur Bridge 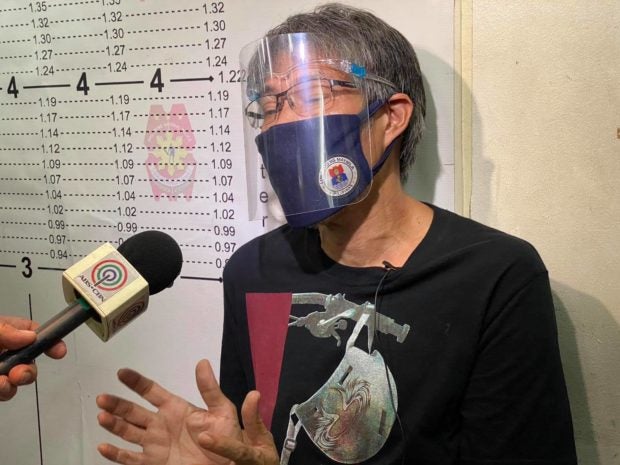 This photo shows Euphraim Tan Yap, 51, who admitted Friday, September 4, 2020, that he abandoned his aunt, a senior citizen, under the MacArthur Bridge on Wednesday, September 2, 2020. Photo by Manila PIO

MANILA, Philippines — A 51-year-old man has owned up to abandoning his elderly aunt under the MacArthur Bridge last September 2.

Euphraim Tan Yap, 51, told authorities on Friday that he took the responsibility of taking care of his aunt Fulgencia Tan, who is also a person with a disability, after her husband died.

Yap and two other accomplices – Emerita Decilio, 60, and tricycle driver Rogelio Espino, 53 – were arrested for abandoning the elderly woman.

According to Yap, he sought the help of Decilio, his acquaintance, for the transfer of his aunt to a religious center, Missionary of Charity, where he believes his aunt could be well taken care of.

Yap said that he even gave Decilio P1,500 to help her with her needs for the planned transfer.

Decilio said she already secured a barangay certificate for Tan so that the Missionary of Charity would accept the elderly woman. But, according to Decilio, no institution agreed to take in Tan.

(No one accepted us so I became desperate. I admit that I left her there.)

Decilio said she commissioned Espino and his tricycle to transport Tan to the MacArthur Bridge in Sta. Cruz, Manila, where they left the elderly woman.

This did not sit well with Manila Mayor Francisco “Isko Moreno” Domagoso.

(You neglected her. Morally. Morally, a mother, a father is not supposed to be dumped in the street if they have no more use. Where is your compassion?)

Tan was eventually rescued by the Manila city government on Wednesday after a netizen posted a photo of her lying on a piece of cardboard under the MacArthur Bridge.

She already underwent a medical exam and is now under the care of the Manila Department of Social Welfare.

It also revealed that SMaRT arrested Espino and Decilio on Thursday.

SMaRT chief Major Rosalino Ibay Jr. said the suspects are held in their detention facility and would face charges for violation of Article 275 of the Revised Penal Code or Abandonment of Persons in Danger and Abandonment of One’s own Victim.