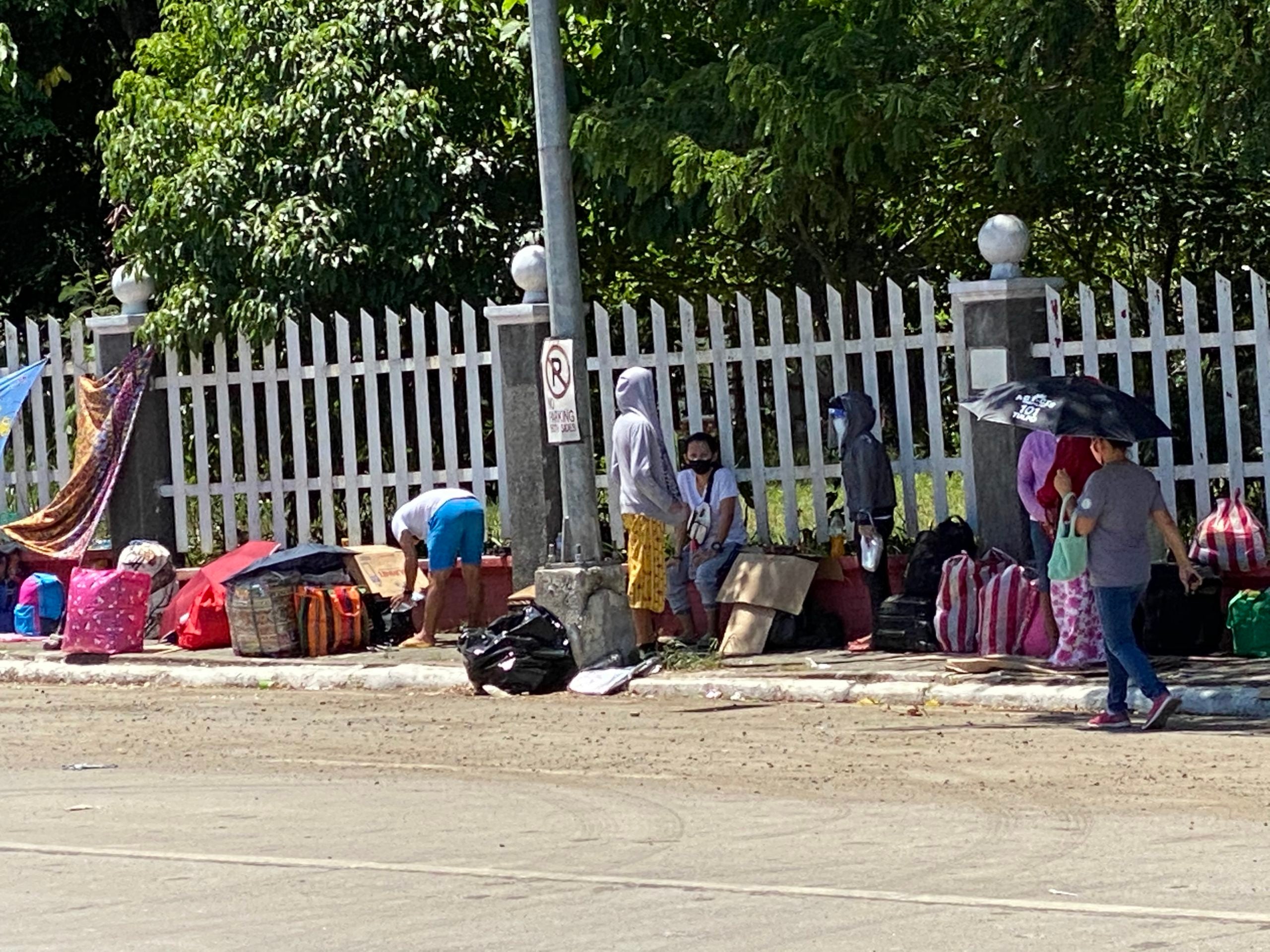 Stranded persons assemble on the roadside near the Libingan ng Mga Bayani in Taguig City as they wait for rides back to their hometowns. TONY BERGONIA

This is to accommodate some 430 LSIs who are camped outside the Libingan ng mga Bayani, Presidential Management Staff Assistant Secretary Joseph Encabo said in a televised briefing.

(We are coordinating with agencies of the national government, local government units in Metro Manila if they could provide a space like a covered court, gymnasiums or centers which can be turned into temporary shelters where we can bring them.)

Encabo said they are still waiting for the response of the cities of Taguig and Pasay on the possible temporary shelters for the LSIs.

Meanwhile, the Palace official assured that they are providing food and hygiene kits to LSIs who are now staying outside the Libingan ng mga Bayani with the help of some private donors.

(We are still conducting profiling so that we can know how many LSIs are returning to a specific province.)

Asked when the LSIs can be transported back to their respective provinces, Encabo explained they are still waiting for crew members of ships and bus drivers designated to the Hatid Tulong program to finish their quarantine periods.