EU raises threat of sanctions against Russia over Navalny poisoning 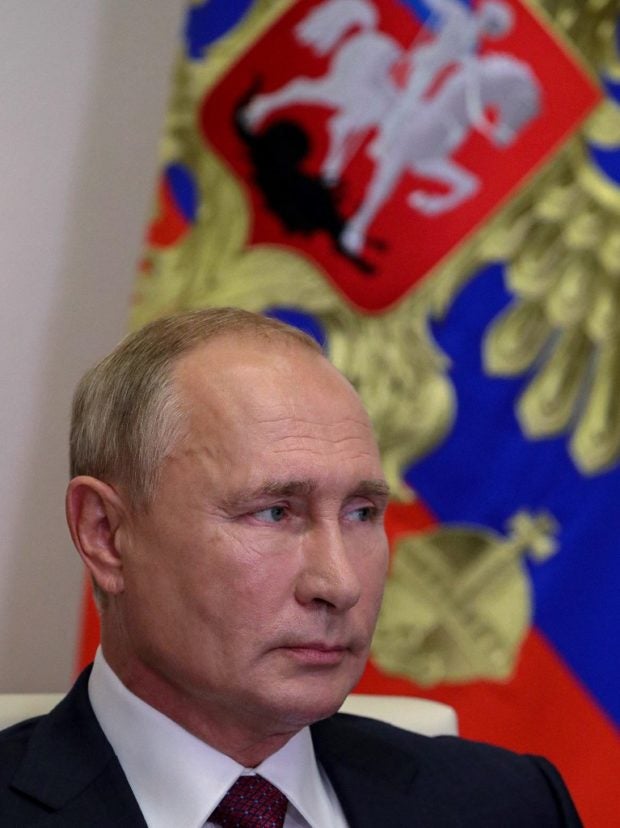 Western leaders are demanding answers from Moscow after Berlin said Wednesday there was “unequivocal evidence” that the 44-year-old Kremlin critic had been afflicted by the infamous nerve agent Novichok.

The EU’s foreign policy chief Josep Borrell called on Moscow to cooperate with an international probe into the poisoning and said the 27-nation bloc would not rule out sanctions.

Brussels “reserves the right to take appropriate actions, including through restrictive measures,” Borrell said in a statement.

Navalny, one of President Vladimir Putin’s fiercest critics, fell ill on a flight last month and was treated in a Siberian hospital before being evacuated to Berlin.

Germany’s claim that he was exposed to Novichok — the same substance used against Russian ex-double agent Sergei Skripal and his daughter in the English town of Salisbury two years ago — prompted widespread condemnation and demands for an investigation.

The European Union condemned “in the strongest possible terms the assassination attempt”, the Borrell statement said.

The EU said the use of chemical weapon “is completely unacceptable under any circumstances (and) constitutes a serious breach of international law and international human rights standards.”

The Russian government “must do its utmost to investigate this crime thoroughly in full transparency and bring those responsible to justice. Impunity must not and will not be tolerated,” Borrell said.

The EU wants Russia to cooperate with the Organisation for the Prohibition of Chemical Weapons (OPCW), which is based in The Hague, to “ensure an impartial international investigation” needed to identify those responsible.

In Washington, Democratic senators pressed the US Treasury to place sanctions on Russian organisations and individuals for interfering in the election, saying intelligence shows Moscow is seeking to damage Joe Biden’s candidacy.

The North Atlantic Treaty Organisation meanwhile announced in Brussels a special meeting Friday of its ruling council to discuss the poisoning, including a briefing from Germany, both a NATO and EU member country.

The North Atlantic Council meeting will be followed by a media briefing from the alliance’s Secretary General Jens Stoltenberg.

The Skripal case — the first offensive use of chemical weapons in Europe since World War II — prompted NATO to expel seven Russian diplomats in retaliation.

The Navalny poisoning is the latest in a long series of assassination attempts against Kremlin critics.

Russia denies there is any evidence that Navalny was poisoned and Kremlin spokesman Dmitry Peskov said Thursday that Berlin had not provided Moscow with proof.

“There is no reason to accuse the Russian state,” Peskov said, rejecting talk of economic sanctions and urging the West not to “rush to judgement”.

Already suffering from wide-ranging Western sanctions imposed over its 2014 annexation of Crimea, as well as the effects of the coronavirus pandemic and the drop in oil prices, Moscow will be anxious to avoid any further pressure on its economy.

Germany’s announcement sent the ruble plunging to its lowest level against the euro since 2016 and Moscow’s RTS stock exchange fell more than three percent.

“Russia’s relations with the West have once again been poisoned by Novichok,” wrote business daily Kommersant.

“The main question is, how far will they decide to go?” it said.

Navalny fell ill after boarding a plane in Siberia last month, with aides saying they suspect he drank a cup of spiked tea at the airport.

He was initially treated in a local hospital, where doctors said they were unable to find any toxic substances in his blood, before he was flown to Berlin for specialised treatment on August 22.

The charismatic Yale-educated lawyer is still in the intensive care unit and remains on a ventilator.