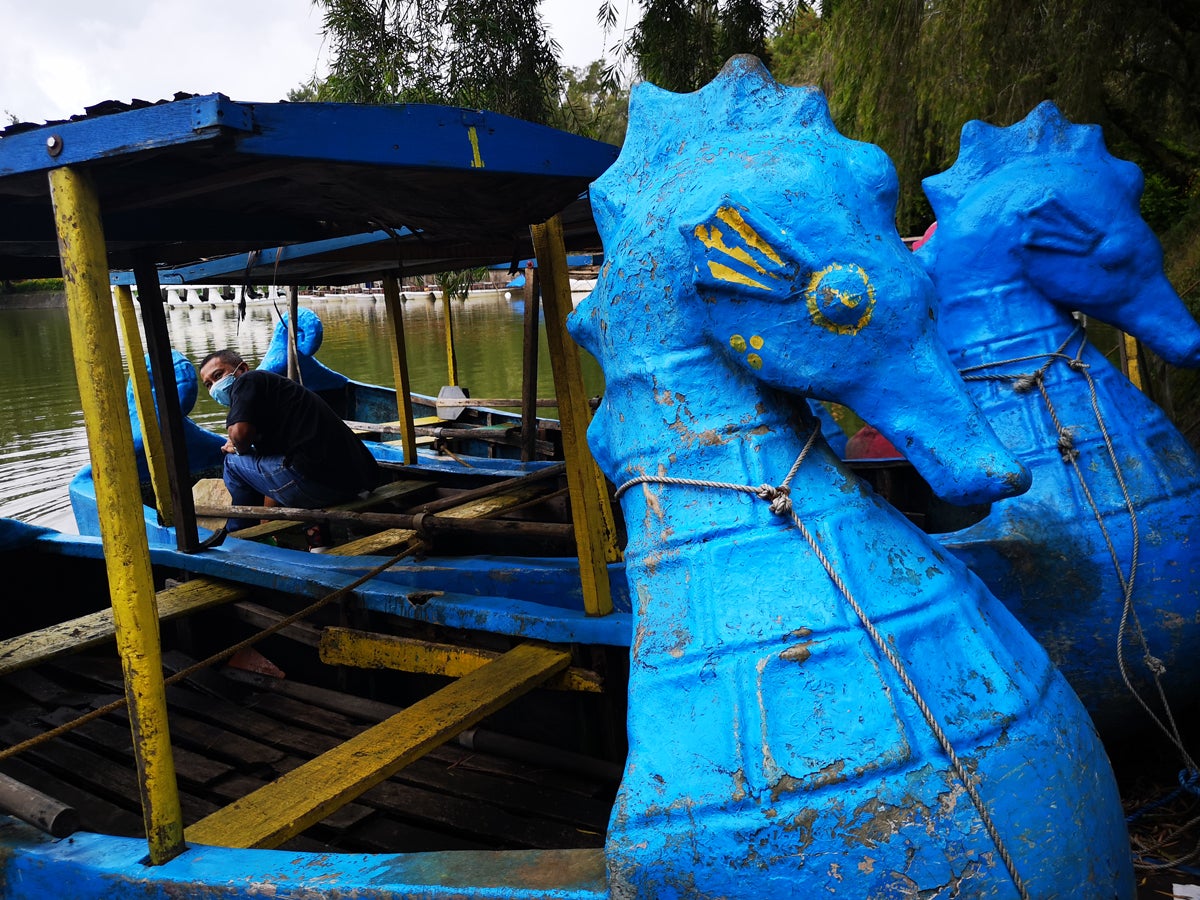 ROW YOUR BOAT. Burnham Park concessionaires returned this week to fix and sanitize row boats and pontoons in preparation for the return of residents, after the Baguio government reopened its parks. PHOTO BY EV ESPIRITU

BAGUIO CITY—For the last six months, rowboats on Burnham Lake have been idle when the hard lockdown and quarantine banned residents from strolling through the century-old park to prevent the spread of SARS Cov2, the virus that causes COVID-19.

But signs of their return to life emerged last Aug. 30 as workers returned to the lake to repair the boats for a three-day dry run set. by the city government when it reopened most of the city’s parks on Tuesday (Sept. 1).

Bicycle and boat concessionaires employed measures to maintain physical distancing and sanitation when they asked some of their frequent customers to pedal or row boats around the lake, said lawyer Rhenan Diwas, assistant city environment and parks management officer, on Thursday (Sept. 3).

A stroll through the parks would help residents unwind, Diwas said, in the middle of mental and social stresses they suffered while on quarantine. The parks are restricted to Baguio residents, though, as tourists from other places are not yet allowed in the summer capital.

Only a small number of people so far have visited the parks, Diwas said.

Guidelines, however, are being drawn up to control the number of people in the parks at a given time. The number of visitors at the Botanical Garden, for example, would be limited to a 100, Diwas said. Fifty people would be the max for Mines View Park, as well as for the defunct Diplomat Hotel (formerly the Dominican Hill Retreat House) which has become an artist’s hub.

Burnham Park has been open for an hour each morning to joggers and residents attending Zumba classes, which are limited to 12 people per group.

The next step is proving to residents that biking and rowing around Burnham Lake is safe, said 48-year-old Vevian Celso-Vincoy, whose family rents out swan-shaped boats and pontoons.

Burnham Park concessionaires lost P38 million in forgone bicycle rentals, and P3.2 million in boat rentals as stay-at-home orders were enforced from April to June, according to the city information office.

“It is a seasonal business. We survived using our savings and I hired our boat employees as handymen in the meantime so they could earn because no one came to the park,” Vincoy said. Most tourist-oriented businesses are actually preparing for Christmas in December, which is traditionally Baguio’s peak tourist season, she added.

The only time the boats were used during the quarantine was to carry Baguio policemen in a lake parade during the city government’s first flag-raising ceremony at the park last July 6.

A limited number of bicycles and boats would be rented out in the meantime, Diwas said. Each boat may carry only two to three people to maintain physical distancing, he said, while wash basins are being installed around the park.

The lake business had always been sustained by Baguio folk who spent weekends at the park, Vincoy said. “I can’t wait to see those smiling faces back here,” she said.