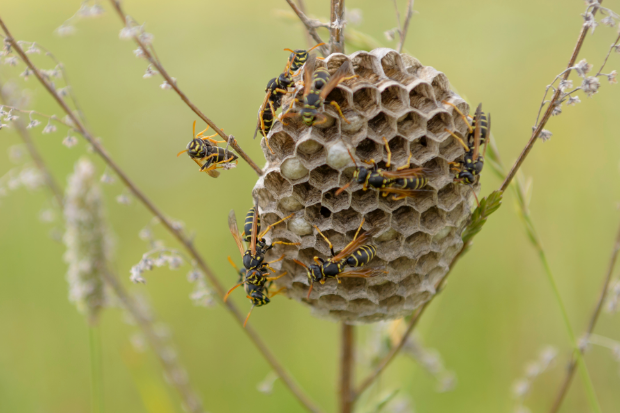 A man got “significantly stung” by a bunch of angry wasps after he attacked the insects’ nest using a flamethrower in England, United Kingdom.

The man, whose name was withheld, also set a tree on fire after scorching the home of the stinger-equipped insects, as per Dorset & Wiltshire Fire & Rescue Fire Control’s official Twitter account yesterday, Sept. 2.

The wasps apparently were unwanted guests as they nested within the man’s property.

“Our first incident tonight was #Shaftesbury who attended [premises] where the occupier had attempted to destroy a Wasp nest using a flame thrower,” the fire service said.

“He had not only set the tree alight but also got significantly stung!” it added.

Our first incident tonight was #Shaftesbury who attended a premises where the occupier had attempted to destroy a Wasp nest using a flame thrower. He had not only set the tree alight but also got significantly stung!🐝🌳🔥🚑

The outcome of the man’s bout with the wasps is nothing new, however, as the National Geographic Channel notes that “creatures who haplessly stumble upon a wasp colony or have the audacity to disturb a nest will find themselves quickly swarmed.”

Wasps can also sting more than once, unlike bees.

The Dorset & Wiltshire Fire & Rescue Fire Control service did not provide any more details about the man, who is now presumably recovering from the stings.  /ra