Taiwan to change passport, fed up with confusion with China | Inquirer News

Taiwan to change passport, fed up with confusion with China 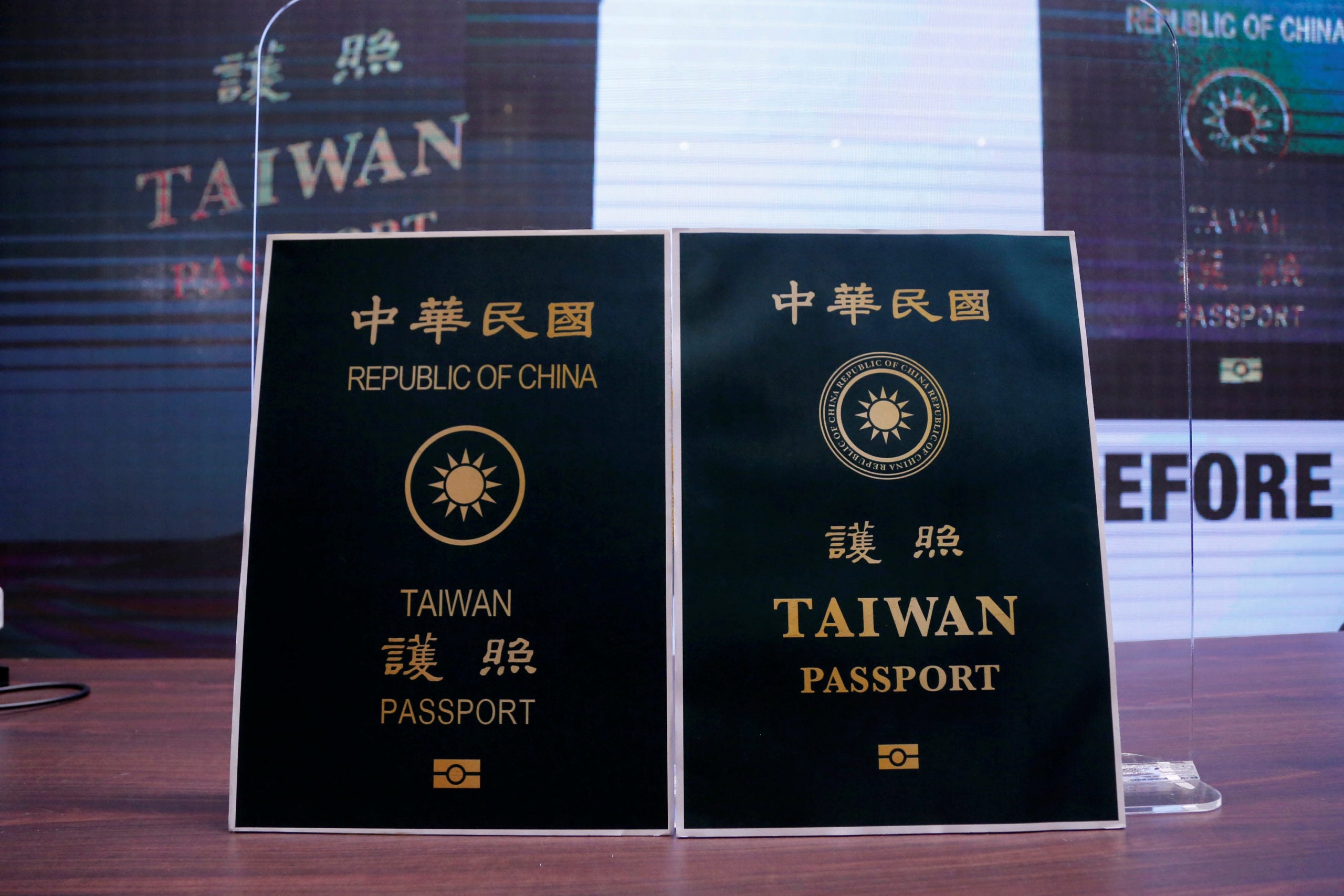 TAIPEI– Fed up with being confused for China amid the coronavirus pandemic and Beijing’s stepped-up efforts to assert sovereignty, Taiwan said on Wednesday it would redesign its passport to give greater prominence to the island’s name.

Taiwan has complained during the outbreak that its nationals have encountered problems entering other countries, as Taiwanese passports have the words “Republic of China,” its formal name, written in large English font at the top, with “Taiwan” printed at the bottom.

The new passport, to roll out in January, enlarges the word “Taiwan” in English and removes the large English words “Republic of China,” though that name in Chinese and in small English font around the national emblem will remain.

Taiwan Foreign Minister Joseph Wu said new passports were needed to prevent their nationals being mistaken for Chinese citizens, especially with the stepped up entry checks many countries have begun since the pandemic began.

“Since the beginning of the Wuhan pneumonia outbreak this year our people have kept hoping that we can give more prominence to Taiwan’s visibility, avoiding people mistakenly thinking they are from China,” Wu told reporters.

In Beijing, Chinese Foreign Ministry spokeswoman Hua Chunying said it did not matter what “petty moves” Taiwan made, it could not change the fact that Taiwan was an inseparable part of China.

China claims democratic Taiwan as its sovereign territory, and says only it has the right to speak for the island internationally, a position it has pushed strongly during the pandemic, especially at the World Health Organization.

Taipei says this has confused countries and led them to impose the same restrictions on Taiwanese travelers as on Chinese, and that Taiwan has never been run by the People’s Republic of China.

Taiwan has been debating its identity for years, including its name. But the pandemic has shot the issue back into the spotlight.

The government is also considering a name change – or at least a full redesign – for Taiwan’s largest carrier, China Airlines, again to avoid confusion with China.