Which populations approve of their countries’ COVID-19 response? 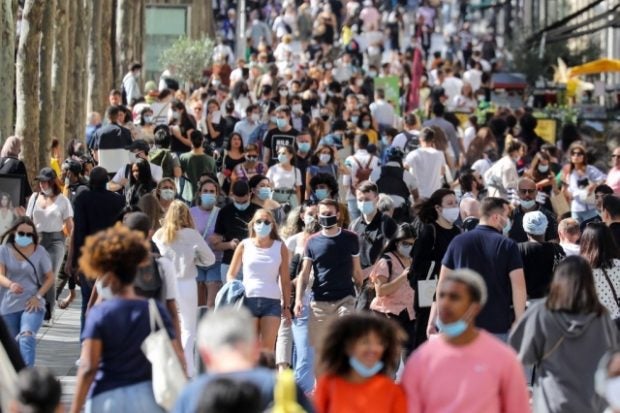 According to a report by the Pew Research Center, most French people believe that their daily lives have not changed or hardly changed since the outbreak of the coronavirus. Image: AFP/Ludovic Marin.

At a time when over 860,000 people worldwide have succumbed to COVID-19, a new study conducted by the Pew Research Center has investigated how national populations in 14 countries feel about their government’s management of the health crisis.

Although different states adopted different measures to contain the pandemic, 73% of respondents believed that the health crisis had been well managed in their respective countries.

A large majority of Danes (95%) said they were satisfied with the manner in which Denmark Prime Minister Mette Frederiksen’s government limited the spread of the disease in their country, which has reported over 17,000 cases of COVID-19 as of Sept. 2.

The same was true for Australia and Germany, where a respective 94% and 88% of respondents found that the pandemic had been well managed by public authorities.

However, these scores were far removed from those for the United States and the United Kingdom, where less than half of those questioned said they were satisfied by the government’s response to the health crisis.

A divisive impact on national unity

Notwithstanding their different opinions about how the crisis has been handled, 58% of those surveyed by the Pew Research Center agreed that the pandemic had changed their everyday lives.

Whereas at least 3 in 10 people in South Korea, the U.S., Sweden and the U.K. believed that COVID-19 had changed their lives a great deal, more than half of French citizens questioned (53%) said they thought their life was hardly affected or not affected at all.

The Pew Research Center survey also highlighted the fact that close to half of those questioned (48%) believe that the pandemic has created more division in their countries.

This impression is widespread in the U.S., where more than three-quarters of citizens (77%) said their country was more divided than before the pandemic. It should also be noted that the wave of protests that followed the death of George Floyd on May 25 has probably contributed to this high percentage.

On the contrary, both the Japanese and the Canadians, who are much more optimistic than the Americans, believe that the health crisis has brought people together in their respective countries. CC