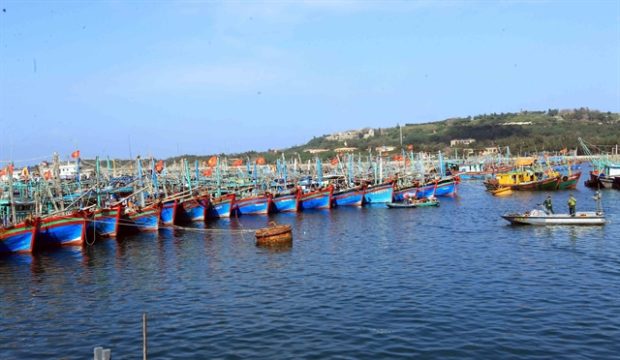 HANOI — Fishing vessels have been told to be mindful of where they operate, after it was announced an agreement between Vietnam and China over fishery cooperation in the Gulf of Tonkin has expired.

The bilateral agreement in the Gulf of Tonkin expired on June 30, according to the Directorate of Fisheries on Tuesday.

The Ministry of Agriculture and Rural Development (MARD) has sent document 4829/BNN-TCTS to People’s Committees in coastal cities and provinces regarding the management of fishing activities in the Gulf.

But now the agreement has expired, fishermen have been told they must take extra care when fishing to ensure they are not encroaching in Chinese waters.

To ensure normal fishing activities in the Gulf while the two countries negotiate the cooperation terms, the agriculture ministry has asked the People’s Committees of coastal cities and provinces to instruct relevant agencies to inform fishermen about the expiry of the agreement.

The common fishing zone and the buffer zones for small fishing boats, which were established in line with the agreement, are also no longer valid. Competent agencies of both sides will manage the operation of fishing boats in the Gulf in accordance with the delimited line as defined in Article 2 of the agreement on the delimitation of the territorial seas, exclusive economic zones, and continental shelves in the Gulf of Tonkin between Vietnam and China.

The localities were asked to instruct fishermen to maintain normal activities within Vietnam’s waters, head to sea in groups to support each other, and swiftly report violations by foreign fishing boats in Vietnam’s waters to relevant agencies.

Central and local competent agencies, particularly those in cities and provinces along the coast of the Gulf, need to intensify inspections of fishing vessels at sea to make sure that Vietnamese vessels do not get past the dividing line in the gulf to catch fish, and report emerging incidents via the hotline of the Vietnam fisheries resource surveillance department.