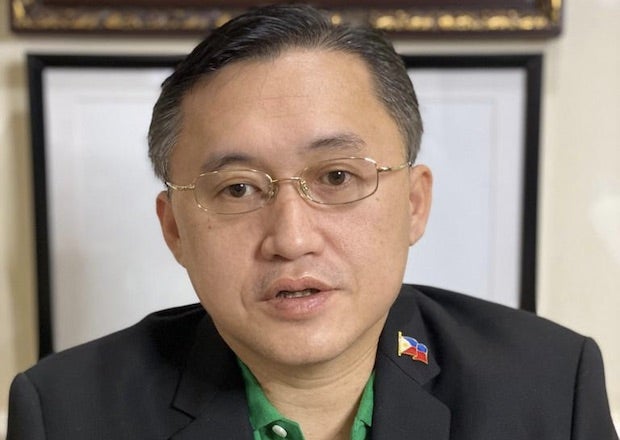 MANILA, Philippines — Sen. Christopher Go congratulated his colleagues in the Senate on Tuesday for uncovering in their hearings the anomalies hounding the Philippine Health Corp. (PhilHealth), saying that their work would lead to reforms in the state insurance firm that would help regain the trust of the people.

“I am optimistic that you will be able to focus on stopping the deep-rooted, systemic corruption that has been there in the agency for many years already, while balancing the need to improve PhilHealth in providing the best service to Filipinos through better access to quality health care especially during this time when the country is facing a health crisis,” Go said in his manifestation on Tuesday, a transcript of which he sent to INQUIRER.net.

Shifting to speaking in Filipino, he added: “Your mission now is to bring back the trust of the people in PhilHealth and to make sure that its funds will be used properly so that Filipinos could be given proper service, especially when it comes to health.

He said he agreed with “most of the findings” of the committee report, which recommended the filing of cases against PhilHealth officials, including its former chief, Ricardo Morales, and Health Secretary Francisco Duque III, who sits as ex oficio chairman of the agency.

“Because of our efforts here in the Senate, the truth came out,” he said. “After numerous hearings, heads will finally roll. The President has less than two years in his post,  and I hope we will continue to help each other to eradicate corruption.”

Apparently alluding to Duque, Go said in his speech: “However, I leave it to the President to judge as the sole appointing authority, if there is a need to make changes in his Cabinet. This is my only reservation upon signing the Committee Report. Nevertheless, I commend my colleagues in the Senate for these findings and recommendations that will help our colleagues in the Executive branch in doing their jobs.”

Referring to Gierran, a former chief of the National Bureau of Investigation, Go said: “Your job is to stop corruption… Do your best. Your marching orders from the President is not only clean up the agency but also ensure that the public gets the best services from PhilHealth.”

The unraveling of the PhilHealth anomalies at the Senate should be officials in other agencies think twice before engaging in corrupt practices.

“Let this also be a warning to all the crooks in other agencies: The truth will always come out,” he said.