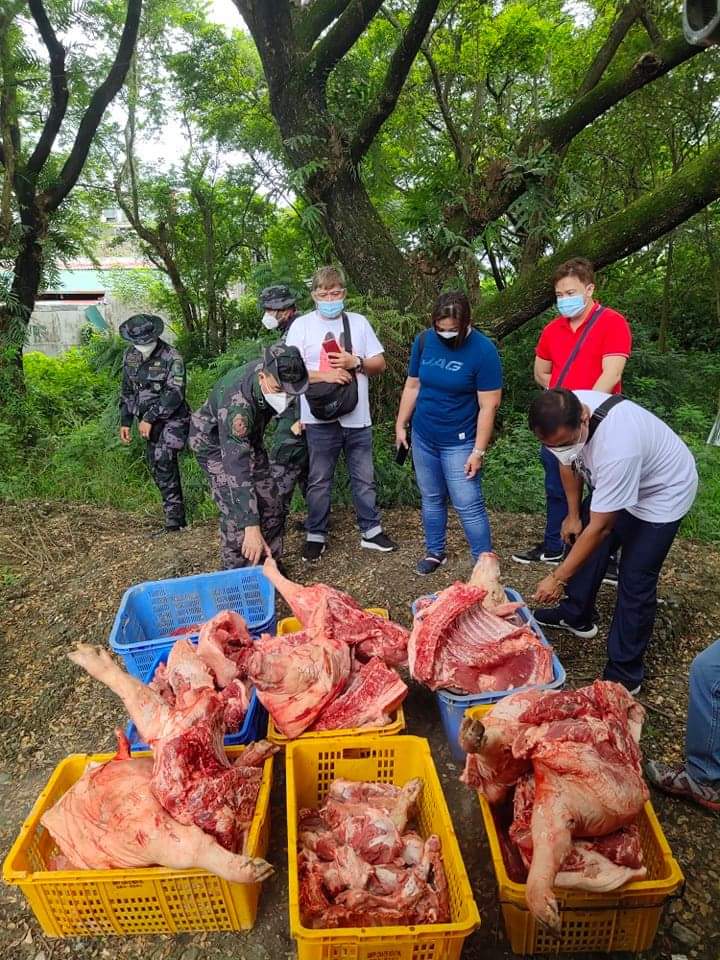 Meat inspectors in Marilao, Bulacan are disposing of the unsafe pork seized at a checkpoint on Sunday (Aug. 30). CARMELA REYES ESTROPE

CAMP GENERAL ALEJO SANTOS, Bulacan—Police seized at least 420 kilograms of pork believed to be unsafe at a checkpoint in Marilao town, Bulacan province.

Col. Dominador Ignacio, Marilao police chief, said the meat came from Sta. Maria town and was discovered in a van and a truck that were intercepted at the village of Sta. Rosa I on Sunday (Aug. 30).

Investigators said the meat was intended for distribution in Metro Manila.

Meat inspectors immediately disposed of the meat by burying it in a pit.