From illegal horse-betting to e-commerce scams, 157 detained in week-long anti-crime crackdown in Singapore 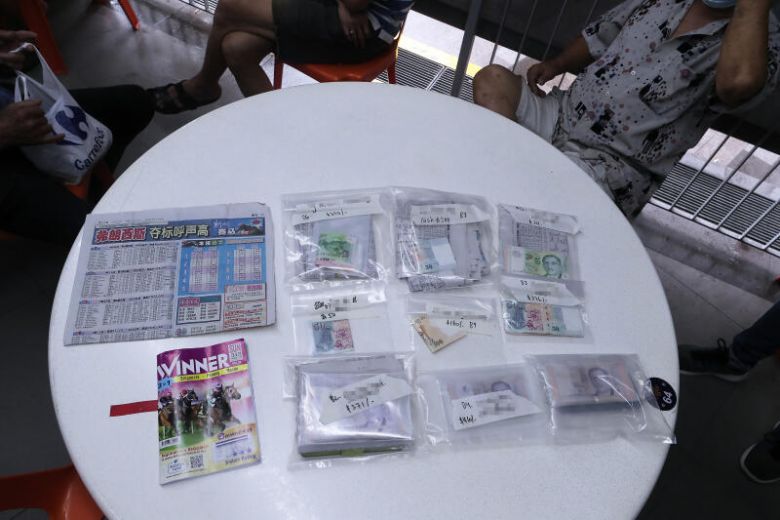 SINGAPORE — In a week-long blitz, 157 people were detained for various crimes, from illegal bookmaking to e-commerce offense.

The multi-agency anti-crime operation conducted from Aug 23 to 30 led to the arrests of some of the 128 men and 29 women. The suspects are aged between 16 and 81.

It was supported by officers from the Central Narcotics Bureau, Land Transport Authority and the Immigration and Checkpoints Authority.

In addition to those detained, 310 persons were also checked by the Singapore Police Force during the crackdown.

The Straits Times was present at a police bust on illegal horse-betting taking place at a Jurong West coffee shop on Aug 23 at around 2.30pm.

ST noted that the illegal activity took place in broad daylight and in full view of other coffee shop patrons and stallholders.

At the scene, the police seized bags of evidence, including what looked to be numbered betting slips, newspapers containing details of horse races, and fat stacks of cash.

“The police will continue to work closely with other law enforcement agencies to take tough enforcement action against those who are involved in criminal activities.”

The authorities gave a breakdown of those picked up and the offenses involved.

In separate busts, 21 men and six women aged between 18 and 81 were detained in connection with public gaming, vice-related activities, being suspected members of secret societies, as well as for traffic and vehicle-related offenses.

Meanwhile, 28 men and one woman aged between 49 and 79 were taken in for illegal bookmaking activities, and are currently being investigated for offenses under the Betting Act. Cash amounting to more than $8,000 and betting-related paraphernalia were seized.

Another 53 men and 14 women, aged between 16 and 70, are under investigation for assisting in loansharking activities and loan scams.

During the operation, 19 men and seven women, aged between 17 and 63, were detained for e-commerce scams and commercial crime-related offenses.

Preliminary investigations by the authorities revealed that they were allegedly involved in 39 cases reported islandwide involving more than $592,000.

Separately, seven men and one woman aged between 24 and 55 were detained by the police for suspected drug and customs-related offenses.

The police seized 45 pills, suspected to be controlled drugs, as well as 10 cartons and 24 sticks of assorted brands of duty-unpaid cigarettes.

Investigations against all suspects are ongoing.