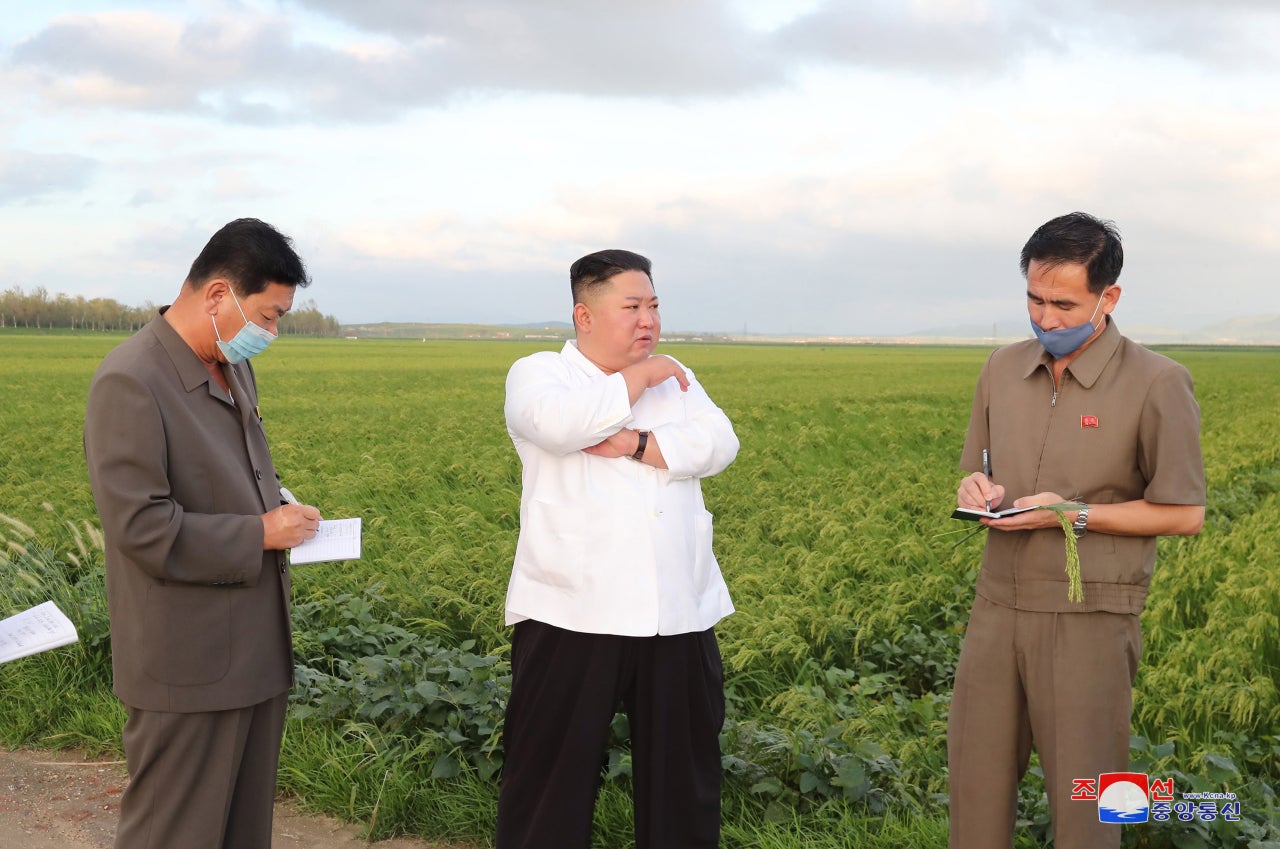 “Minimizing crop damage is an urgent demand necessary to open the path toward self-reliance and self-prosperity,” the North’s official Rodong Sinmun said in an article, stressing it is a pressing matter of priority and cannot be delayed.

“Fight to minimize crop damage is not a mere economic, operational project, but an important political matter that could affect the party’s authority and national existence,” it added.

Bavi, the season’s eighth typhoon and one of this year’s most powerful storms, made landfall in North Korea on Thursday, causing heavy rains and floods in many areas, including its southwestern provinces of Hwanghae, the country’s major rice-producing region.

North Korean leader Kim Jong-un visited a typhoon-hit village, calling for all-out efforts to minimize the damage in the agricultural field and reduction in harvests. Kim emphasized that the scale of damage from Typhoon Bavi had been smaller than expected, according to the Korea Central News Agency.

Typhoon Bavi struck North Korea as the country was still reeling from extensive flood damage earlier in August, killing at least 22 people and leaving four others missing. The natural disasters have dealt a blow to a regime already grappling with the COVID-19 pandemic and a flailing economy under international sanctions.

North Korea’s trade with its main economic partner, China, plummeted 67 percent to $412 million in the first half of 2020 from the previous year because of its border closure to prevent the spread of the novel coronavirus, according to data compiled by the Korea International Trade Association.

The recent flooding, hitting major agricultural areas of the country, has raised concerns over food security in North Korea.

The US Department of Agriculture’s Economic Research Service said that about 60 percent of North Koreans, or 15.3 million people, are suffering food insecurity this year, with the COVID-19 pandemic aggravating the already dire situation.