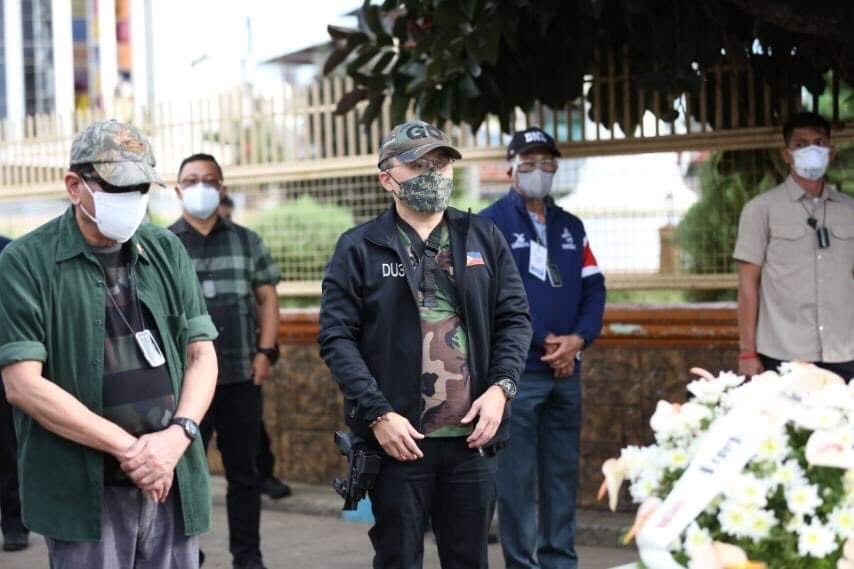 Lieutenant Colonel Rolando Mateo, the spokesperson of Joint Task Force Sulu, said that as soon as Duterte arrived at around 3:40 p.m., “he went straight from the airport to ground zero, at Serrantes Street.”

He stayed there for a few minutes, offered flowers and left, Mateo added.

The President then motored to Camp Gen. Teodulo Bautista in Barangay Bus-bus, Jolo, where he delivered a talk before soldiers for more than an hour.

Sulu Governor Abdusakur Tan and some town mayors were among the audience in the talk.

After the inspirational talk, Duterte went to the Kuta Heneral Bautista hospital and pinned Wounded Personnel medals on 15 soldiers who survived the blast and are currently recuperating there.

“Wala naman siyang particular directives. He just said that he wants to thank the soldiers who sacrificed their lives and those who are wounded,” Mateo said.

Duterte never mentioned anything related to declaring martial law in Sulu, which was earlier recommended by the police and the military.

Duterte also awarded medals to the families of three Tausug soldiers who were killed in the blasts including one police commando.