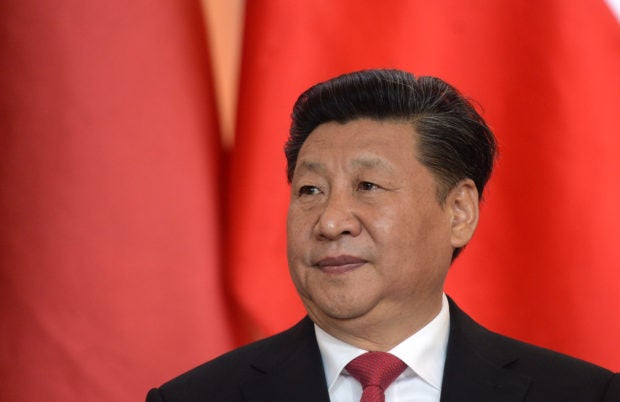 Xi, also general secretary of the Communist Party of China Central Committee and chairman of the Central Military Commission, made the comments at a two-day high-level meeting on Tibet work, which ended Saturday.

Xi underlined the need to fully implement the CPC’s policies on governing Tibet for a new era.

Efforts must be made to build a new modern socialist Tibet that is united, prosperous, culturally advanced, harmonious and beautiful, Xi said.

Since the sixth symposium in 2015, Tibet has made comprehensive progress and historic achievements in its various undertakings, Xi said, noting achieving sustained stability and rapid development in Tibet constitutes a major contribution to the overall work of the Party and the state.

Since the 18th CPC National Congress in 2012, policies on governing Tibet for a new era have taken shape, Xi said, stressing that the CPC leadership, the system of socialism with Chinese characteristics and the system of regional ethnic autonomy must be upheld to carry out work related to Tibet.

More education and guidance should be provided for the public to mobilize their participation in combating separatist activities, thus forging an ironclad shield to safeguard stability, Xi noted.

Xi stressed that patriotism should be incorporated into the whole process of education in all schools.

He called for continuous efforts to enhance recognition of the great motherland, the Chinese nation, the Chinese culture, the CPC and socialism with Chinese characteristics by people of all ethnic groups.

Tibetan Buddhism should be guided in adapting to the socialist society and should be developed in the Chinese context, Xi said.

While stressing the implementation of the new development philosophy, Xi noted that efforts should be sped up to advance high-quality development.

More work, measures and support are needed to consolidate the achievements made in poverty alleviation, Xi said.

A number of major infrastructure projects and public service facilities will be completed, including the Sichuan-Tibet Railway, Xi said.

Conserving the ecology of the Qinghai-Tibet Plateau is the greatest contribution to the survival and development of the Chinese nation, Xi said, emphasizing that scientific research should be further advanced on the plateau.

He also stressed strengthening the building of leadership teams at all levels, cadre teams and primary-level Party organizations in order to improve the capacity to respond to major struggles and prevent major risks.

Cadres and workers in Tibet should be cared for and supporting policies regarding their income, housing, medical care and retirement, as well as education for their children, should be further improved and well implemented, Xi noted.

Xi stressed a long-term commitment to the CPC Central Committee’s policy to ensure Tibet has support from the central authorities and assistance from the whole country.

Continued and increasing support will be offered to Sichuan, Yunnan, Gansu and Qinghai provinces in their Tibet-related work, Xi said.

Other senior Chinese leaders were at the symposium, which was presided over by Li Keqiang. Li Zhanshu, Wang Huning, Zhao Leji and Han Zheng were in attendance, while Wang Yang spoke to sum up the event.

Xi’s speech at the symposium is a guiding document on Tibet-related work in a new era, Li Keqiang said while presiding over the event.

In his concluding speech, Wang Yang also called for efforts to study Xi’s speech, which laid out fundamental rules for carrying out Tibet-related work in a new era.