Biden, aiming at Trump, says he won’t use military as ‘prop’ 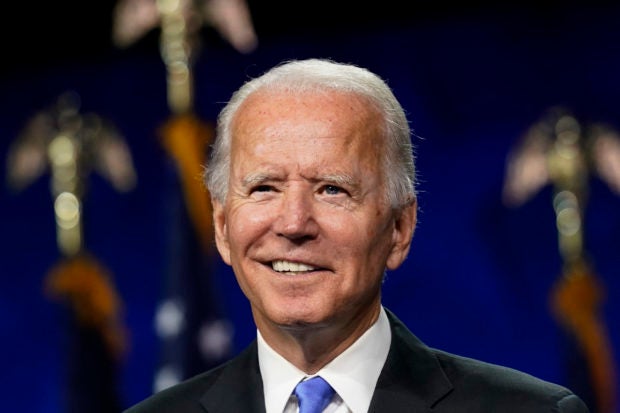 WASHINGTON  — Joe Biden said on Saturday that as president, he would never use the military “as a prop or private militia” and accused President Donald Trump of employing U.S. forces to settle “personal vendettas” and violate citizens’ rights.

The Democratic presidential nominee, in a virtual address to the National Guard Association of the United States’ general conference, said Trump recommended “that you should be deployed to quote, ‘dominate,’ your fellow citizens for exercising their right to peacefully protest.”

His comments came a day after Gen. Mark Milley, chairman of the Joint Chiefs of Staff, told Congress that the armed forces will have no role in carrying out the election process or resolving a disputed vote.

It was a sign of rising tensions on both sides as the president has declared without evidence that the expected surge in mail-in ballots during the coronavirus pandemic will make the vote “inaccurate and fraudulent.” Trump has also suggested he might not accept the election results if he loses.

Biden has said he’s “absolutely convinced” the military would escort Trump from the White House if the incumbent lost but refused to leave.
Biden didn’t repeat the assertion while addressing the conference, but promised to restore the separation between civilian and military powers which he called “the bedrock principal of our republic.”

“It’s been tested lately, but I promise you, as president, I’ll never put you in the middle of politics or personal vendettas,” the former vice president. “I’ll never use the military as a prop or as a private militia to violate rights of fellow citizens. That’s not law and order.”

That was a reference to Trump’s recent efforts to expand federal intervention into some cities as he makes “law and order” a centerpiece of his reelection bid, against the backdrop of protests against institutional racism and police brutality that have swept the country.

Trump also announced this week that federal troops were being sent to Kenosha, Wisconsin, where unrest erupted after last weekend’s police shooting in the back of Jacob Blake, an unarmed Black man.

Biden has said he’s considered traveling to Wisconsin to try and calm the situation, but only if it could be done “safely” and without inflaming circumstances “on the ground.”