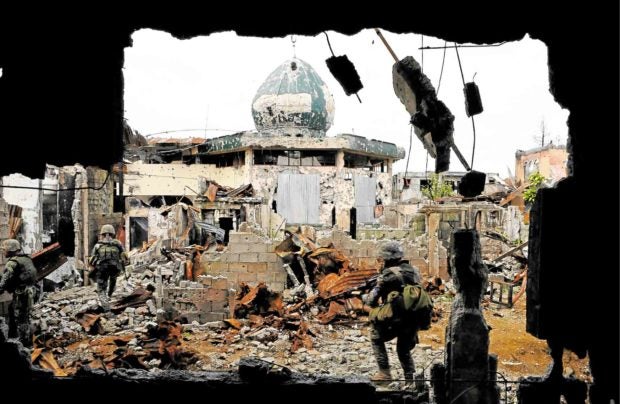 MANILA, Philippines — The government is set to rebuild several mosques in Marawi City during the five-month-long siege that took place in 2017.

According to a government report, Task Force Bangon Marawi (TFBW) chairperson Secretary Eduardo del Rosario said Saturday that his group was preparing to reconstruct three mosques through the incentivized use of housing developers’ escrow funds with the Department of Human and Urban Development (DHSUD) and private firms.

Del Rosario added that this would be the first time the housing department would release escrow funds amounting to P32.14 million.

“This is a milestone in the history of the Department and Task Force Bangon Marawi,” said del Rosario in a report from the PNA. “For the first time, we will use the escrow donation component for the building of the first three mosques inside the most affected area.”

Del Rosario said that, even though the country was under the grip of the COVID-19 pandemic, the rehabilitation of Marawi would continue.

“Today marks our strong commitment and compliance to the instruction of our President [Rodrigo Duterte], hence, construction will commence and will be will be completed soonest,” Del Rosario said.

He added that, apart from the three mosques that had been allotted a budget, the government was looking to reconstruct around 30 mosques — including the Dansalan Bata Mosque and the Grand Mosque — with funding sourced through donations from private organizations.

“These mosques are important monuments of Muslim history and Islamic tradition in the Philippines,” said Del Rosario, who promised the rehabilitation would be completed by December 2021.

“The generosity and goodwill of our partner-developers will go a long way in boosting the morale and contribute to the overall well-being of the people of Marawi that were destroyed along with these physical structures that represent and embody their faith.”

Read Next
Woman drowns while rescuing brother from swollen river in Davao del Sur
EDITORS' PICK
Nestlé Philippines’ ‘NESCAFÉ Plan’ bags Grand Anvil at PRSP 56th Anvil Awards
822 NPA-free barangays set to get P20-M gov’t aid — Esperon
Pope Francis to meet top cleric Sistani on second day in Iraq
Don’t waste the hope of vaccines, warns WHO
Every Filipino home can now be a smart home with realme TechLife
Smart reinforces superiority with best speed and mobile video experience in PH
MOST READ
So: I lacked connections to succeed in PH ‘culture’
Robredo on Sara Duterte leading poll surveys: Why are Filipinos drawn to leadership of this kind?
Gerald admits being with Julia, reveals breakup with Bea through ‘too many conversations’
US lays out list of aid to ‘satisfy’ Duterte following VFA payment demand
Don't miss out on the latest news and information.