ABS-CBN employees in the Visayas: Goodbye 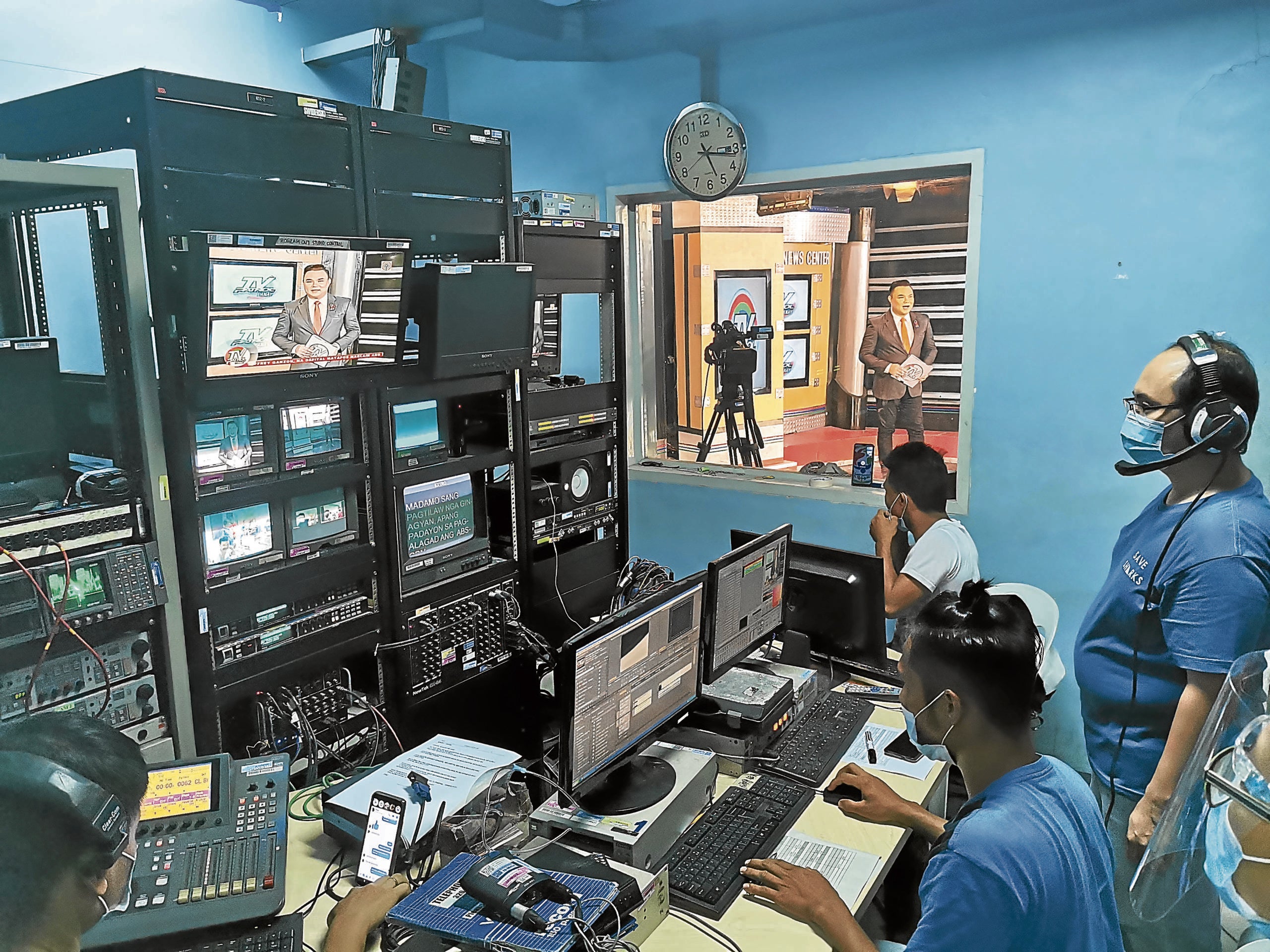 He has hosted programs in Hiligaynon and covered major news events in Western Visayas including calamities, crimes, and politics.

But after Friday, Aug. 28, Ilonggos will no longer see Basco and the “TV Patrol” regional telecast that has been airing for 17 years.

Fifty-five reporters, news anchors and heads, station managers and other personnel of ABS-CBN Iloilo were among thousands of employees of the broadcasting network nationwide that will be laid off starting Sept. 1.

The giant broadcasting network terminated the employees following the nonrenewal of the network’s franchise by the House of Representatives.

Media groups and supporters of ABS-CBN blamed President Rodrigo Duterte and his allies for the rejection of the franchise renewal bid. An ongoing petition campaign seeks to push for the renewal of the franchise of the network through a people’s initiative. The signatures should be at least 3 percent of registered voters in each legislative district and at least 10 percent of total registered voters in the country.

The Foreign Correspondents Association of the Philippines (Focap) on Friday mourned the “avoidable national tragedy” of the shut down of the regional broadcasts of ABS-CBN network.

“Millions of Filipinos outside Metro Manila will lose a fast and credible source of news today as they struggle through a life-threatening crisis,” Focap said in its statement.

The group of reporters from international publications and networks said those from isolated and disaster-prone villages that could not be reached by other networks will “dangerously lose their access to national news, including government pronouncements.”

“It’s an avoidable national tragedy, inflicted by the very people who should protect Filipinos from all adversity,” Focap said.

ABS-CBN was forced to stop its broadcast operations on May 5, after the National Telecommunications Commission issued a cease-and-desist order against the network a day after its franchise expired on May 4. In July, the House of Representatives committee on legislative franchises denied the franchise bid of the network.

Focap noted that other than the viewers who will be deprived of news in their native language, thousands of community journalists, news production staff and downstream workers lost their sources of livelihood Friday.

“[They] will tearfully bid goodbye to ABS-CBN and join the swelling ranks of the unemployed and desperate,” Focap said.

Basco said he still had no clear plans after working for the company for 18 years.

“I still want to be a journalist but I don’t know if that is still possible. It is emotionally, financially and psychologically painful to lose our jobs especially during a pandemic,” Basco, 40, told the Inquirer.

He said he and his wife would focus on a small business while looking for additional sources of income or a new job. “But it is difficult to find work anywhere at this time.”

While the retrenched employees will receive separation pay from their company based on their length of service, Basco said this would not be enough to support his family in the long term.

“It is hard to lose your main source of income on top of all the uncertainties now,” he said.

Their main concern now is to ensure that the needs of their two children, a 12-year-old boy and a 5-year-old girl, will continue to be taken cared of, he said.

Gemma Villanueva, a pioneer of the Iloilo station and the current news chief, said she would miss the daily grind of the newsroom.

“I have spent more time in the station than at home because journalism can never be a 9 (a.m) to 5 (p.m.) job,” said Villanueva who started as a news correspondent in 1996.

“I am grateful that the network has taken care of us. Life has to go on,” she added.

She is hopeful that she can still find a job amid the pandemic but will rely on a family business for the meantime.

Losing her first and only job is also difficult for reporter Joyce Anne Clavecillas, 34, who had been with the station since she was a communications intern from University of the Philippines Visayas and was hired as a reporter after graduation.

She said she would miss most the public service programs that she usually coordinated like bloodletting activities and medical missions.

Clavecillas said she would spend most of her time helping the bakery put up by her parents as her partner, a seafarer, is away from home. She will also devote her time taking care of their daughters age 5 and 4 years old and help them in their home schooling.

But her nose for news will be with her always.

“If I pick up any news or newsworthy information, I will most likely pass it on to ABS-CBN friends and reporters,” she said.

In Cebu, many employees, including the managers, of the ABS-CBN’s television and radio platforms were also retrenched.

Angelica Fay Saniel, a reporter of DyAB since 2013, said tears still flowed since they were told of their retrenchment last month.

“It’s not just about losing our jobs but also the relationship we built over time. It would take a while before reality would sink in,” she said. —WITH REPORTS FROM NESTLE SEMILLA