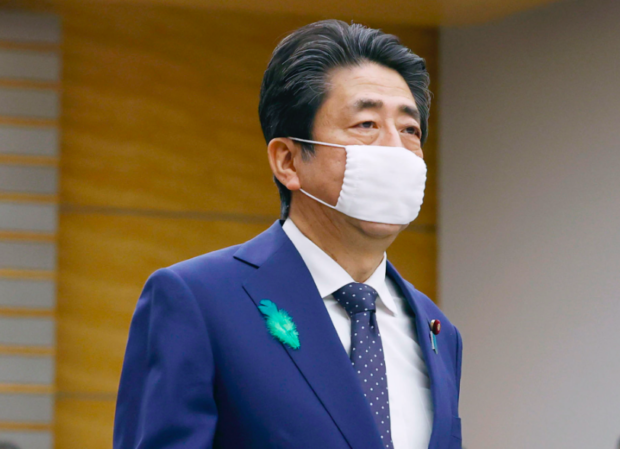 Japanese Prime Minister Shinzo Abe wearing a face mask walks to attend a video conference with executives of Japan’s private companies at his official residence in Tokyo Thursday, April 16, 2020. Abe is considering expanding an ongoing state of emergency to all of Japan from just Tokyo and other urban areas as the virus continued to spread. (Kyodo News via AP)

TOKYO, Japan – Japan’s Prime Minister Shinzo Abe is to announce his resignation over health issues, local media reported Friday hours before he is due to address a press conference.

“Abe intends to resign as his illness has worsened and he worries it will cause trouble” in leading the country, national broadcaster NHK said, without citing a source.

Speculation about the prime minister’s health has been swirling for weeks but reached fever pitch in recent days after he made two separate trips to hospital for unspecified medical checks.