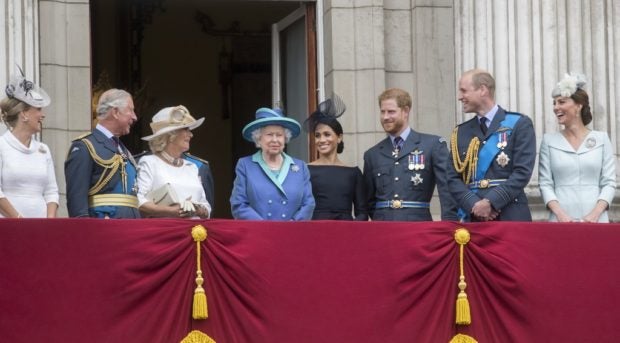 When it came to dealing with the media, Meghan Markle reportedly got some advice from her mother-in-law Camilla Parker-Bowles, who knows all too well about being painted negatively by the press.

The Duchess of Cornwall spoke with Meghan before her marriage to Prince Harry about how she coped with media scrutiny after Princess Diana died, Mail on Sunday reported on Saturday, Aug. 22.

She told Meghan to “ride out the storm” of bad press and look at the positive side of being in the British royal family.

The Duchess of Sussex’s friend said that Meghan was “really grateful” to Camilla, who took her out for private lunches, and for giving her insight on entering the royal family after having a “normal” life.

“Much like Meghan, Camilla had experienced a lot of negative press and hostility from courtiers due to her relationship with Charles when he was still married to Diana,” the friend said.

The same source noted that Camilla was “very sensitive to Meghan and provided her with support, advising her to ride out the storm and that it would all pass—but ultimately Meghan didn’t listen.”

The Duchess of Cornwall had lunches with Kate Middleton too when she wed Prince William in 2011.

A palace aide said Camilla’s experience as an outsider has made her “[try] very hard to make people welcome,” and not just with Meghan and Kate.

Prince Harry received similar advice from his father about coping with the pressure from the media.

But eventually, he and Meghan stepped down as “senior” royals in January and cut ties with the UK’s tabloid press in April this year. Niña V. Guno /ra