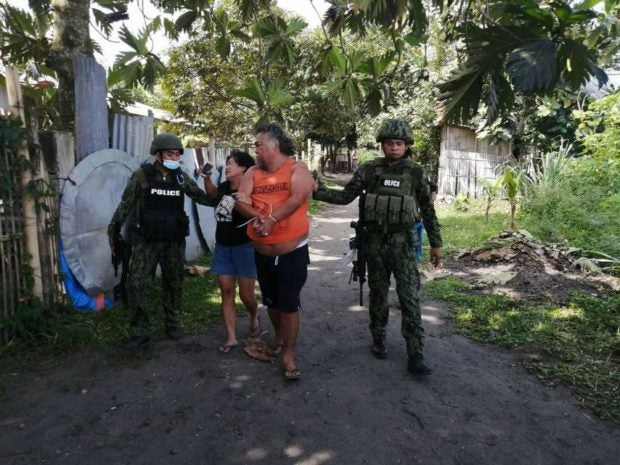 MANILA, Philippines — A man believed to be a member of Kapa Community Ministry International (Kapa) and linked to several kidnapping activities was arrested in South Cotabato on Wednesday for murder.

Members of PNP-AKG Cotabato and Polomok police served an arrest warrant for murder against Pariolan in Barangay Cannery, Polomok at 1:50 p.m. The arrest warrant was issued by Judge Jose Tabosares of Regional Trial Court Branch 16 of Kabacan, Cotabato Judicial Region.

In a text message, Major Ronnie Lumactod, spokesman of PNP-AKG, Pariolan’s arrest warrant was issued after he was linked to the killing of Rodolfo Pioquinto inside a hardware store in Barangay Sangat, Cotabato in March 2019.

Pariolan was first brought to Polomolok Police Station and was transferred to PNP-AKG’s satellite office in South Cotabato for tactical interrogation and documentation.

In January this year, the Department of Justice filed charges against the Kapa Community Ministry International (Kapa), its founder Joel Apolinario and officers in various courts after being tagged by the Securities and Exchange Commission (SEC) as a perpetrator of investment fraud.

Last July, Apolinario was arrested inside a resort in Surigao del Sur for syndicated estafa charges.