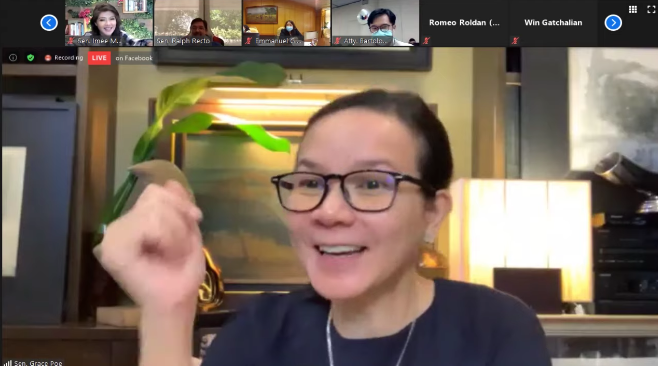 MANILA, Philippines — In dealing with the new normal, online video meetings tend to become a venue for unexpected bloopers.

And a Senate committee hearing tackling a rather serious topic was not spared from a “hungry” guest.

It started when Atty. Faye Condez of the Philippine Competition Commission (PCC) tried to answer Senator Sonny Angara’s query regarding the effects on the market of a previous law aimed at incentivizing financial institutions.

As Condez tried to answer Angara’s question, a faint barking sound was heard.

Senator Grace Poe, chair of the committee, took note of the sound as it got louder.

“I’m sorry, attorney, but someone’s puppy is hungry. Turn off your mic or feed your dog,” Poe said.

Condez immediately apologized to the senators.

But as Condez tried to continue what she was saying, her puppy kept on barking, to which she told the committee, “Sorry, senators. It’s his time to eat, I apologize.”

Angara quipped, “They (PCC) could just submit the report so the puppy can eat.”

Condez then went on with her answer as she connected earphones to her laptop, attempting to block out the sound of her puppy.

“Oh my goodness,” Condez uttered when her pet continued to bark. 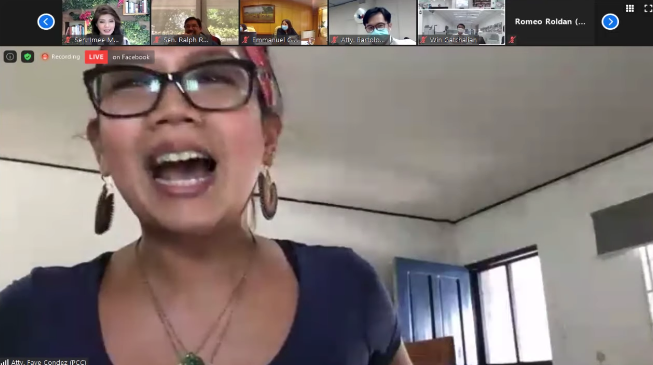 For some “relief” from the serious discussions, Poe asked Condez if she could show her puppy to the video conference.

“I actually placed him outside so he won’t bother me, but now he’s there,” Condez responded.

At one point, Senate President Pro Tempore Ralph Recto, who also attended the hearing virtually, lifted his own furry friend to the camera.

“Is that better?” Condez asked with her earphones now properly connected to her device.

Laughing, Senate Minority Leader Franklin Drilon replied with a “no.” 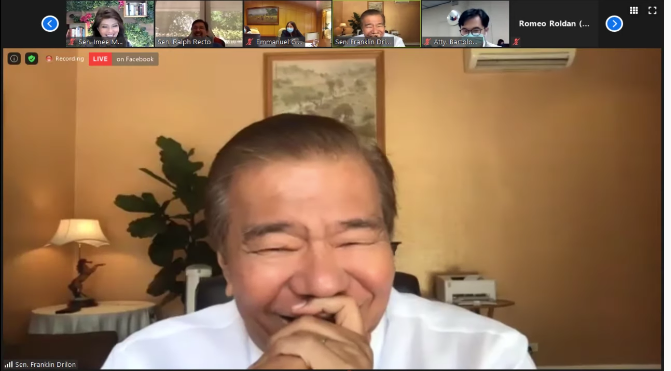 This elicited laughter from other senators.

“I’m so sorry, I apologize,” Condez said as she was able to finally finish her point.

“We will submit a position paper, and again I apologize,” she added.

“This is the new normal that we’re dealing with,” the senator added.

After a few reminders to other resource persons, Poe suspended the hearing. Discussion on the measures is set to continue in another hearing.