MANILA, Philippines — A Department of Agrarian Reform (DAR) official, who is also part of the Mayor Rodrigo Roa Duterte-National Executive Coordinating Committee (MRRD-NECC), has shut down talks of involvement in any revolutionary government (RevGov) talks.

According to DAR Undersecretary Emily Padilla on Monday, “true” members of the MRRD-NECC have nothing to do with the recent proposals for President Rodrigo Duterte to head a RevGov to fast track the country’s shift to a federalist government.

But over the weekend, at least 300 individuals from the People’s National Coalition for Revolutionary Government and Charter Change gathered to support a revolutionary government in an event sponsored by the MRRD-NECC.

(RevGov?  We do not have anything to do with what you are saying!  Genuine MRRD-NECC members please talk!) 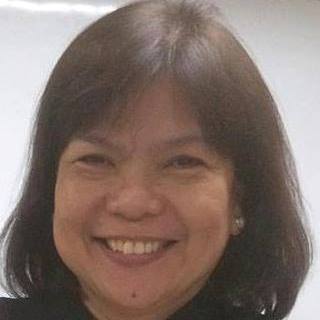 In a reply to one Facebook user who asked who are the people behind these proposals, Padilla explained that there is no faction within the said group. However, she assured the public that they are fixing things especially as the MRRD-NECC is a huge group with some members possibly acting on their own.

(There are three kinds of membership in the MRRD-NECC.  Regular members are included in the structural, sectoral members, and affiliate members whose groups are affiliated with the MRRD-NECC.  There is no faction, we are fixing everything.)

(The last two groups are at the bottom of the group’s structural members who should be recognized.  If they, especially the bottom members, organize something, they should notify the people above.  The MRRD is big, and people in the upper echelon said this happens within an organization.  Thank you very much.)

Talks about installing a RevGov have garnered criticism from various circles, even from Duterte allies since such discussions appear ill-timed especially that the country is still confronting the COVID-19 pandemic.

Activist group Bagong Alyansang Makabayan said that this was only meant to distract the public from the government’s allegedly poor and inadequate COVID-19 response.

As of Tuesday, the country has recorded over 197,000 confirmed COVID-19 cases with 3,038 of the patients dead and 132,396 recovered.  With this, the Philippines maintains its place as the country with the highest number of confirmed cases in the Southeast Asian region.

Several senators have condemned the RevGov proposals, with Senator Joel Villanueva saying that inciting to sedition raps should be filed against proponents because it aims to overthrow the existing government.

Even Malacañang, military officials, and the President himself have distanced from the move, saying they have nothing to do with such proposals