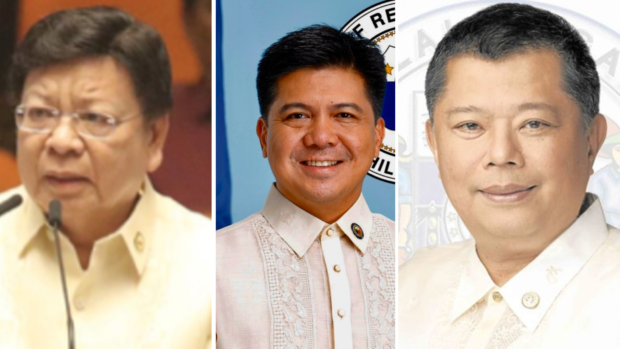 MANILA, Philippines — Lawmakers on Tuesday threatened to recommend the filing of plunder charges against a former official of the Philippine Health Insurance Corp. (PhilHealth), the Archdiocese of Manila, and the hospital it owns over alleged P170 million “missing” funds.

Citing documents, Marcoleta said the hospital allegedly filed claims with PhilHealth for medical services but only deducted a flat rate of P3,000 from the accounts of members of the state health insurer.

Marcoleta said this “under deduction” amounted to P240 million from about 48,000 PhilHealth members which the state health insurer asked to be refunded from the Hospital Managers Inc, (HMI), the hospital administrator.

However, instead of refunding the said amount, HMI filed a case against PhilHealth, Marcoleta said. The case ended in a settlement where HMI merely refunded P70 million to PhilHealth.

(Why is it that it was HMI who filed the complaint against PhilHealth?)

(The settlement is P70 million from the P240 million. The missing funds from PhilHealth is P170 million.)

(There is a demand that is clear, P240 million, but they found a way to fool the government. The one that should refund was the one who even complained just to have a judicial accounting, and after that judicial accounting, how can they account for the P170 million balance?)

Lawmakers sought clarification from PhilHealth’s former Senior Vice President for Legal Edgar Asuncion, who was not present during Tuesday’s hearing.

Cavite Rep. Jesus Crispin Remulla said law enforcement agencies must be sent out to find Asuncion and “direct the National Bureau of Investigation to study the filing of plunder charges.”

“The investigation will need law enforcement to locate Mr. Asuncion if he does not want to appear before this body,” he said.

Should the House panels recommend the filing of plunder charges, the Cardinal Santos Medical Center, HMI, and the Roman Catholic Archdiocese of Manila will be included in the cases, Anakalusugan party-list Rep. Mike Defensor said. According to PhilHealth’s Chief Audit Executive, Atty. Jay Villegas, the Archdiocese of Manila was the owner of Cardinal Santos Medical Center in 2011.

“If no clarification is given to us by Atty. Asuncion by Thursday – next hearing, this committee will recommend the filing of plunder charges based on the documents submitted to us by PhilHealth arbitration and legal and to file a case against Atty. Edgar Asuncion,” Defensor said.