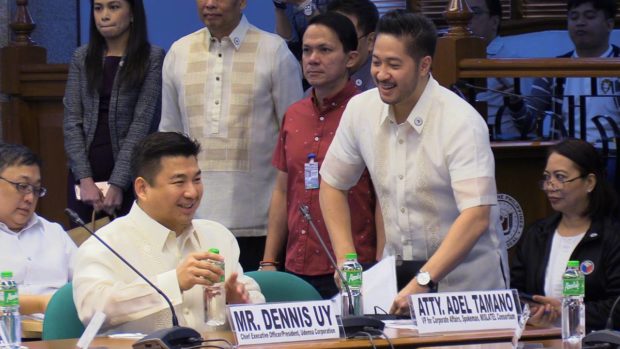 MANILA, Philippines — The House of Representatives approved on Monday the 25-year franchise bid of DITO Telecommunity Corp., the third telco player in the country.

With 240 affirmative votes and only seven negative votes, the lawmakers approved House Bill No. 7332, which renews the Mindanao Islamic Telephone Company Inc.’s–presently known as DITO Telecommunity Corporation–franchise to “construct, establish, install, maintain, and operate wire and/or wireless telecommunications system in the Philippines.”

“The franchise shall be extended and in effect for a period of 25 years from its expiration on April 24, 2023, unless sooner revoked or cancelled. This franchise shall be deemed ipso facto revoked in the event the grantees fail to operate continuously for two years,” the bill reads.

DITO was selected as the country’s third major telco player back in 2018 and is owned by Davao-based businessman Dennis A. Uy’s Udenna Corp. and state-run China Telecom.

It was named as the third major telco player to break the duopoly of Smart and Globe in the telecommunications industry and is seen to improve internet service in the country.

Under its franchise, DITO is obliged to cover at least 37 percent of the population, with an average minimum internet speed of 27 megabits per second (Mbps). They are also required to put up 2,500 cell towers by July 8, 2020.

However, in a Senate hearing back in early July, DITO chief administrative officer Adel Tamano bared that the company had only completed 300 operational cell sites, which is less than a quarter of the 1,300 needed to meet their target.

Citing delays brought by the coronavirus pandemic, the company was able to obtain a six-month reprieve on its commitment.

Read Next
Russia medics deny outside pressure on Navalny treatment
EDITORS' PICK
52 new COVID-19 cases: Baguio’s single day record so far
Gabby’s resignation from ABS-CBN paves way for next generation Lopezes to take up new challenge
What’s happening to the ICT Industry and its role in helping businesses today
Comelec exploring possibility of holding 2022 elections for 2-3 days
Water remains our saving grace right now
More Cebu schools are now powered by Smart
MOST READ
ABS-CBN chairman Gabby Lopez resigns from network, other Lopez-owned firms
US Congress bill seeks to halt assistance to PH police, military
WATCH: Liza Soberano joins Mimiyuuuh’s ‘It Really Hurts’ dance challenge
Suspension of US security aid to PH ‘not only our loss but theirs as well’ — Lacson
Don't miss out on the latest news and information.