PhilHealth’s case rate system is root of all evil, must be scrapped, says lawmaker 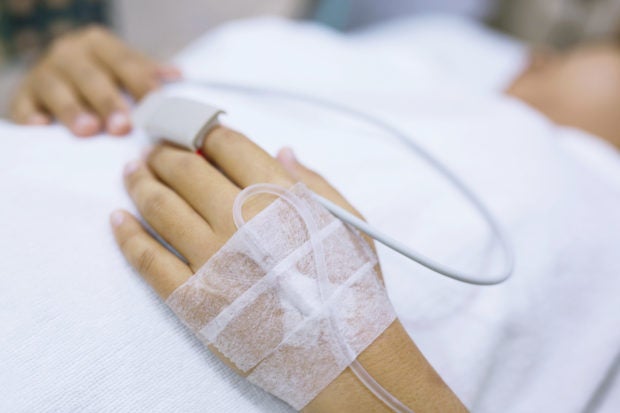 Defensor, who chairs the House of Representatives Committee on Public Accounts conducting an investigation in aid of legislation on the alleged anomalies in PhilHealth, said the case rate system “is the root of all evil and corruption” in the agency while the IRM is its “offspring.”

The lawmaker pointed out that PhilHealth officials have admitted that “probable and suspected Covid cases” could qualify for the COVID packages under the case rate system, which “opens the floodgates for a free-for-all bonanza of fraud and corruption.”

Defensor explained that under the case rate system, PhilHealth pays for the entire treatment package cost that it has fixed, even if such cost is much lower than the expenses a patient-member incurs.

“For instance, they have four case rates for new coronavirus disease or COVID-related ailments. For mild pneumonia, the package costs almost P44,000. A health facility can declare its treatment for colds, cough and fever as COVID-connected mild pneumonia and get paid for P44,000 even if the actual cost is only P15,000 or P20,000,” the lawmaker said in a statement.

Instead of package rates, Defensor said PhilHealth should just pay for the actual cost of a member’s hospitalization, treatment and medicines and just consider case rates as the “limits” in a move to conserve the agency’s funds.

IRM is an emergency cash advance measure of PhilHealth to provide hospitals with an emergency fund to respond to natural disasters, calamities as well as other unexpected events such as the coronavirus disease 2019 (COVID-19) pandemic.

In earlier House hearings, some PhilHealth officials admitted that IRM funds were released to healthcare facilities with pending cases of fraud as well as the provision of such funds to dialysis and lying-in centers.

Moreover, PhilHealth Senior Vice President Rodolfo del Rosario Jr. admitted that IRM funds released by the agency before June 11 are deemed “illegal” since the circular on the matter, while signed March 20, only technically took effect on June 11.

Defensor said “a large portion of the P30 billion advanced by PhilHealth to hospitals and other health facilities under the IRM could just go down the drain through this fraud and manipulation-prone package cost system.”

“Such system clearly breeds corruption because of collusion among hospitals, patients and corrupt Philhealth officials and personnel,” Defensor said.

“This has been going on since 2013. The Commission on Audit (COA) has been raising red flags about possible financial losses in the billions in its annual reports. And yet, Philhealth officials see no evil, hear no evil, speak no evil. We wonder why. They are even defending their case rates,” he added.

Health Secretary Francisco Duque lll, who serves as PhilHealth board chairman, has already ordered the review of IRM but Defensor said that he should instead just order the scrapping of both the case rates system and the IRM.