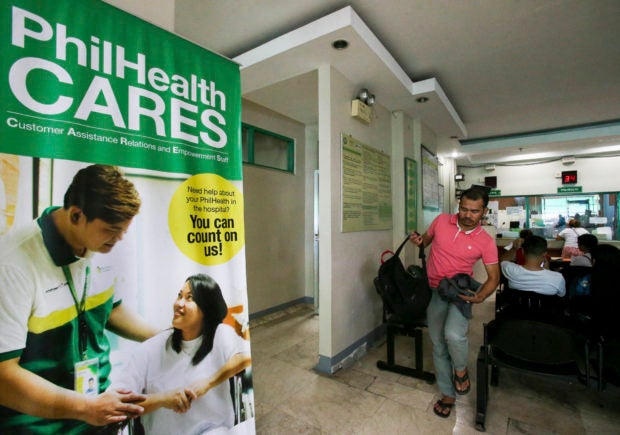 MANILA, Philippines — The Philippine Health Insurance Corporation (PhilHealth) on Saturday said it welcomes an investigation on the leaking roof incident in its Ilocos regional office which reportedly damaged important documents.

PhilHealth is open for any investigation over the leak incident in Region 1 office due to heavy rains on August 19,…

PhilHealth, in a statement posted on its Facebook page, maintained that no documents were damaged during the incident, which happened after a downpour last August 19.

“PhilHealth is open for any investigation over the leak incident in Region 1 office due to heavy rains on August 19, 2020,” the state health insurer said.

It added that the Philippine National Police, Bureau of Fire Protection-Dagupan, Criminal Investigation and Detection Group and National Bureau of Investigation (NBI) initially looked into the incident.

“There were no documents destroyed and everything are accounted for,” PhilHealth said.

This comes after several senators feared the roof leak at the regional PhilHealth office in Dagupan City, Pangasinan, was staged to destroy pieces of evidence on supposed irregularities.

When the incident was reported to his office, Senator Panfilo Lacson said he advised the Presidential Anti-Corruption Commission (PACC) too seek assistance from the NBI.

Senator Juan Miguel Zubiri urged the NBI should investigate whether or not the incident was planned.