DOJ, DTI, BI to probe listing of Manila as ‘Province of China’ in beauty product 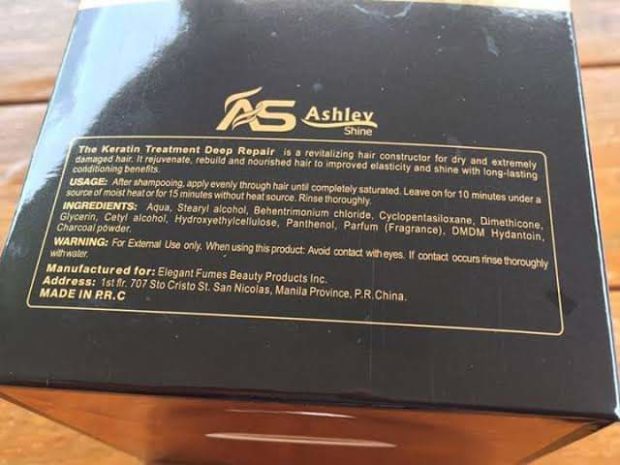 A close up shot of the controversial product. FILE PHOTO / Manila PIO

MANILA, Philippines — The Department of Justice (DOJ), Department of Trade and Industry (DTI), and the Bureau of Immigration (BI) will conduct a “proper investigation” into the listing of Manila as “Province of China” in packaging of a beauty product being sold in the country.

This led to Manila City Mayor Isko Moreno to ask the National Bureau of Investigation (NBI), an attached agency to the DOJ, to investigate the matter as he also called for the deportation of the Chinese nationals involved.

“The DTI, the DOJ, and the BI will conduct a proper investigation and will give the people involved an opportunity to be heard,” Guevarra said in a message to reporters.

Guevarra said the probe will begin as soon as a formal complaint is filed, with the end goal of determining any administrative and criminal liability on the part of the manufacturers and distributors.

The justice secretary explained there may be a potential liability on the part of the manufacturer and/or the distributors of the product for “mislabeling” it.

“And if the product itself has not been approved for local use by the FDA (Food and Drug Administration), the violation takes on a more serious character,” Guevarra said.

Once an alien has been duly prosecuted and penalized in our country, Guevarra said they may be deported on the grounds of willful or malicious violation of domestic laws, rules, and regulations.

Nograles earlier disclosed that the product is being distributed in the country by Elegant Fumes Beauty Products Inc., a Binondo-based company owned by a Chinese national.

Nograles said based on the information received by his office, the product bearing the address was manufactured in 2018 and is still distributed throughout the country.

“Succeeding batches of this product already omitted the declaration, but the offense remains the same,” Nograles said.

For his part, the Presidential spokesperson Harry Roque branded the incident as “nonsense,” saying that the issue isn’t worthy of attention.

Roque noted that no one would believe that the Philippines, Manila in particular, is a province of China.