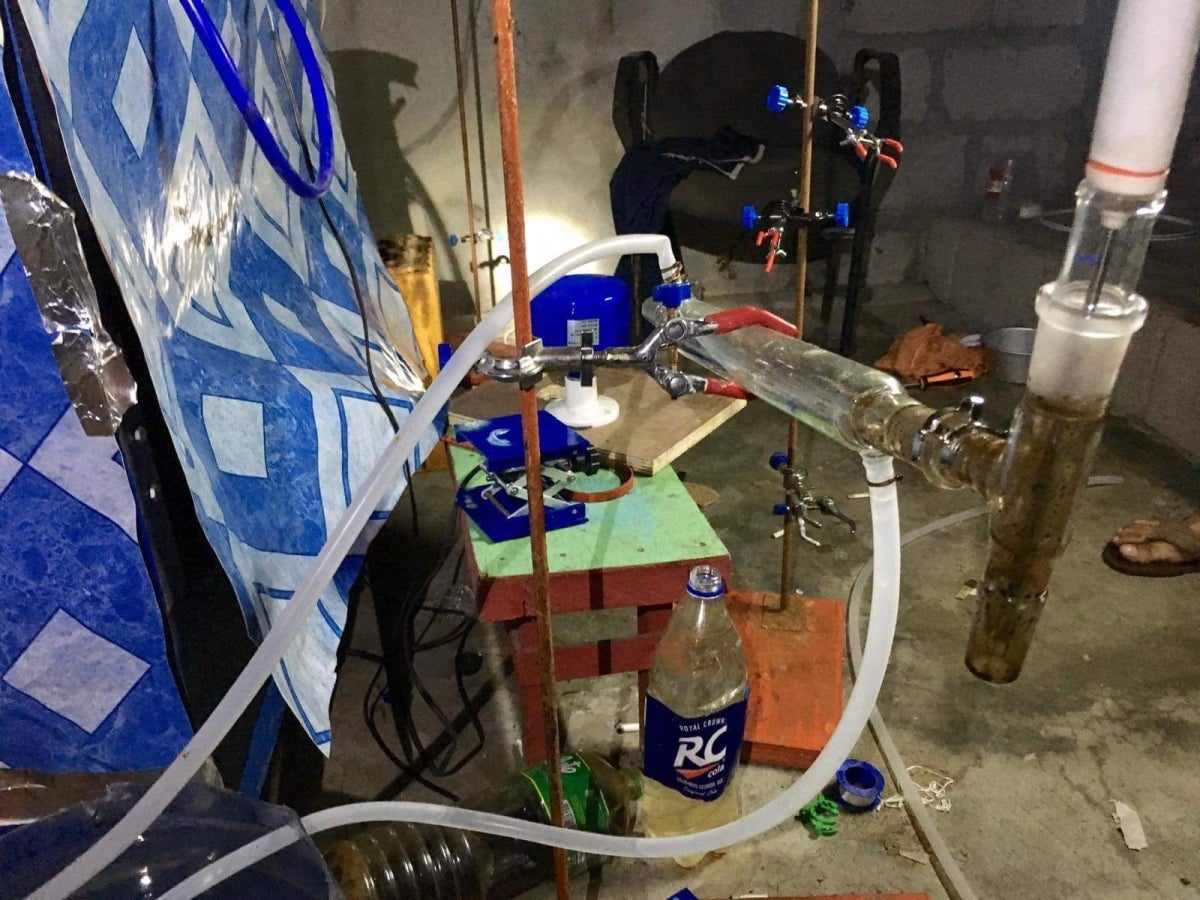 Equipment and chemicals used to produce about 1 kilo of illegal drugs per day were found in a kitchen-type shabu laboratory in Subic, Zambales on August 20. (photo contributed by PNP ZAMBALES)

OLONGAPO CITY –– A laboratory, which could produce at least one kilogram of shabu (crystal meth) per day, was discovered in the Zambales town of Subic on Thursday, Aug. 20, following a court-directed raid.

It was equipped with substances used in the preparation of shabu, said Christian Frivaldo, Central Luzon director of the Philippine Drug Enforcement Agency.

The team arrested 36-year-old Joven Salvador, the caretaker of the warehouse owned by Mark Rae Lapid, who has been classified as a suspect.