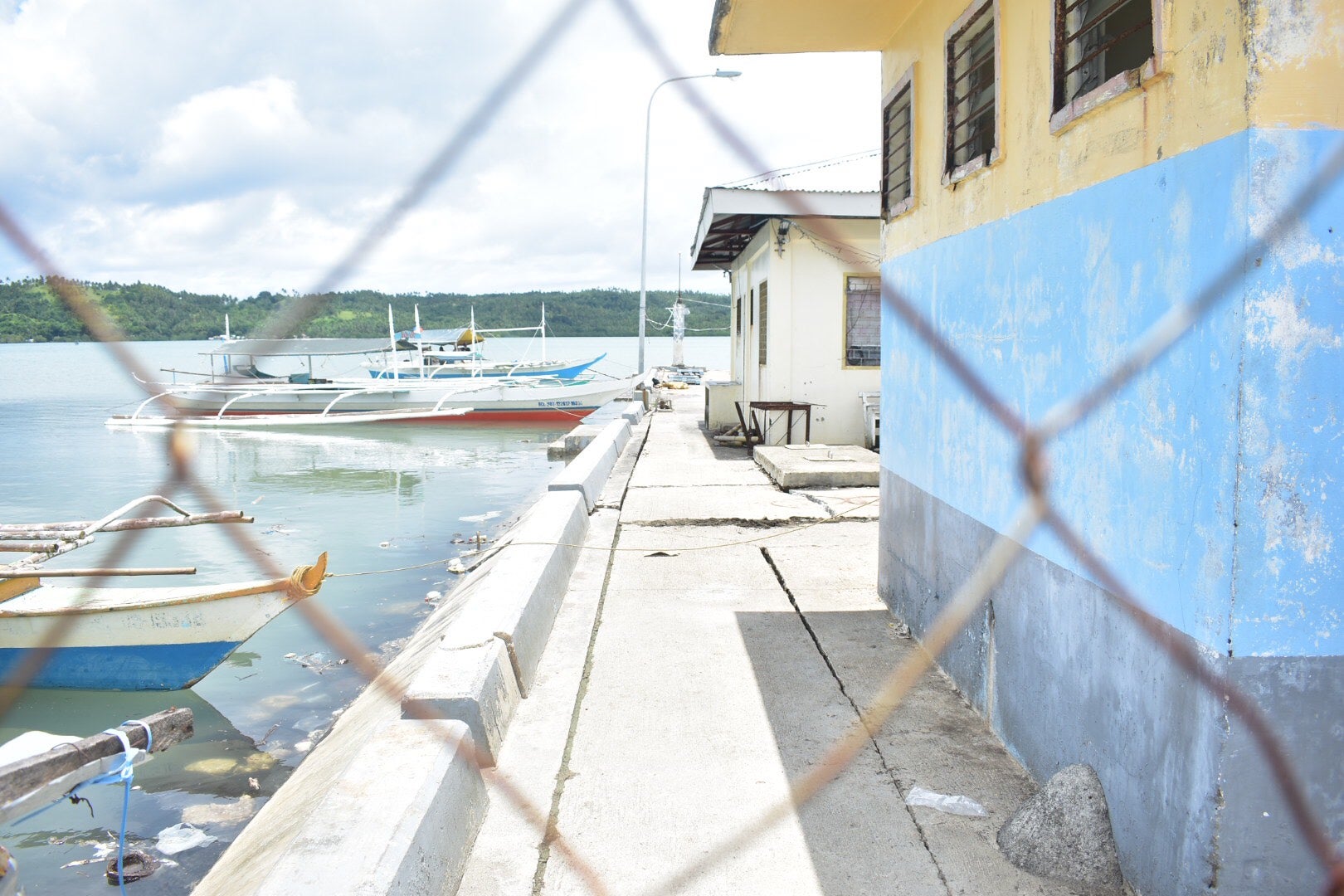 NO DISRUPTION The Cataingan port continues to operate despite cracks observed in several areas in the facility after the earthquake on Aug. 18. —SUZENE CAJEGAS

LEGAZPI CITY — Families whose houses were damaged by the 6.6-magnitude earthquake that rocked Masbate province on Tuesday have received financial help and resources from the Department of Social Welfare and Development (DSWD).

Ten family-size tents and 100 rolls of laminated sacks were also given to the survivors, she said.

Mesa said 252 families in at least five Masbate towns—Cataingan, Pio V. Corpus, Palanas, Cawayan, and Esperanza—have been displaced by the quake, which destroyed 40 houses and damaged 166, and killed one resident.

While more than P9 million had been used to buy food packs, another P3 million was set up as standby funds for further assistance, Mesa said. 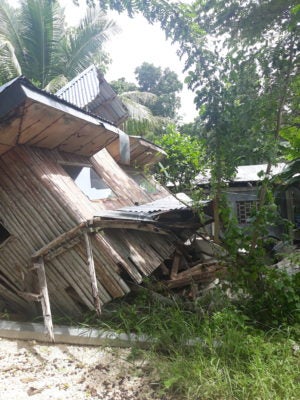 CRUMBLED A house made of wood and bamboo crumbles after a strong earthquake struck Cataingan, Masbate, this week. —NAEN PEREZ/CONTRIBUTOR

Mayor Felipe Cabataña of Cataingan, the epicenter of the quake, said he was still waiting for more tents as temporary shelters for displaced families now occupying school buildings in the town.

At least 150 tents were needed, he said, as most survivors preferred to sleep outside their damaged houses than to stay in evacuation centers.

Cabataña earlier said the evacuees must be placed in separate tents to avoid congestion in the evacuation centers, which could lead to a rise in new coronavirus disease (COVID-19) cases. The town has only six confirmed cases so far, all of them active.

Several families in the coastal village of Matayum also raised concern that they could no longer rebuild their homes as the sea level rose by about a meter after the earthquake struck and had not subsided, Cabataña said.

The gloomy weather added to the restlessness of residents worried by the aftershocks, which continued to be felt in the town two days after the quake. The last aftershock was recorded by the Philippine Institute of Volcanology and Seismology at 8:33 a.m. on Thursday, which at 2.5 magnitude, was felt at Intensity 1 in Cataingan.

The Department of the Interior and Local Government on Thursday said the municipal government could realign its budget to respond to its constituents’ needs if it had used up its Bayanihan grant and calamity fund.

The Philippine Navy has placed its disaster risk reduction teams on standby to help in relief efforts for quake survivors.

The Armed Forces of the Philippines’ Southern Luzon Command, apart from deploying medical teams to the quake-affected areas, sent an aircraft to the Masbate airport for rapid damage and needs assessment of the quake. —WITH REPORTS FROM SUZENE CAJEGAS, JEANNETTE ANDRADE, AND NESTOR CORRALES