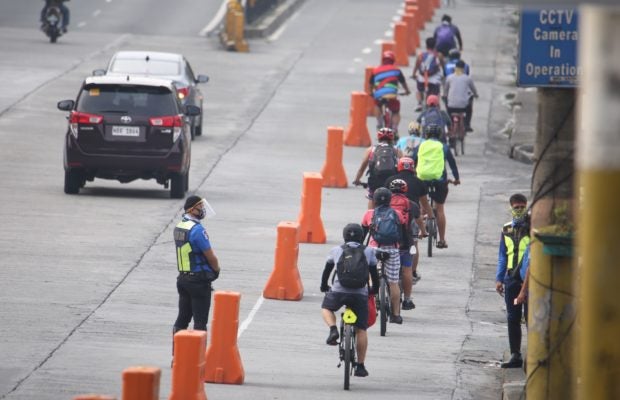 (We developed a plan to have a Metro Manila-wide bike lane network where circumferential, radial and other major roads will be connected.)

During his presentation at a DOTr online press briefing on Wednesday, Pastor said an estimated  P1.035 billion will be needed to cover a total of 644 kilometers.

Pastor said the bike lanes, with a width of 1.2 to 1.5 meters, will ensure the safety of cyclists.

(This is permanent because our direction is promotion of active transport which will decrease the number of cars on roads.)