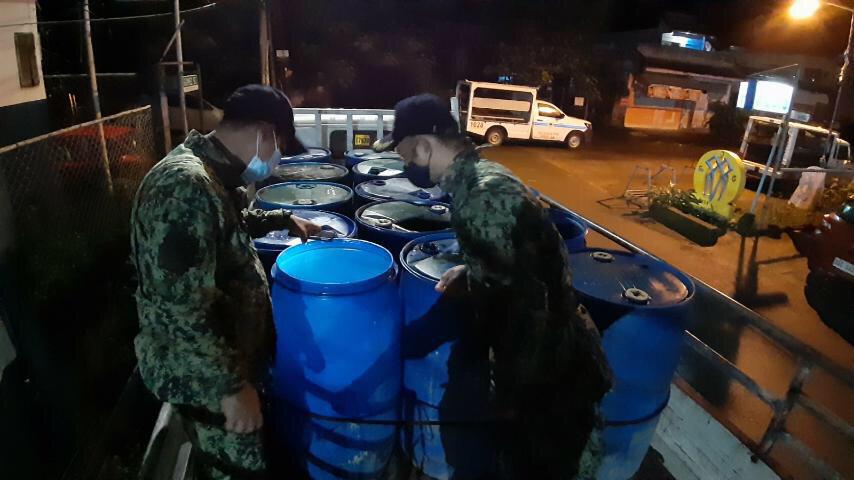 Police said they received information from officials of Barangay Sabang in Tuy, Batangas that Cabrera and Austria were throwing toxic waste into the river in Barangay Bayudbud at 4:30 p.m.

Complaints for violation of Toxic Substances and Hazardous and Nuclear Wastes Control Act of 1990 and Ecological Solid Waste Management Program are being prepared against them. 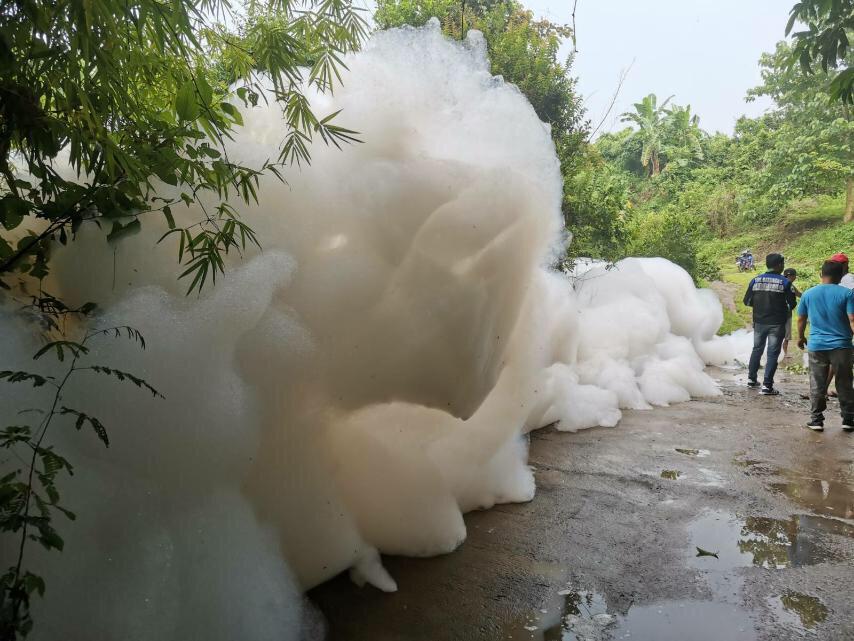 Foul-smelling foam from the alleged toxic chemical dumped into a river in Batangas. /Tuy MPS

In a phone interview with INQUIRER.net, Police Staff Sergeant Benidick De Jesus said they sent the samples of the toxic chemicals to the environment office of Batangas province for inspection. 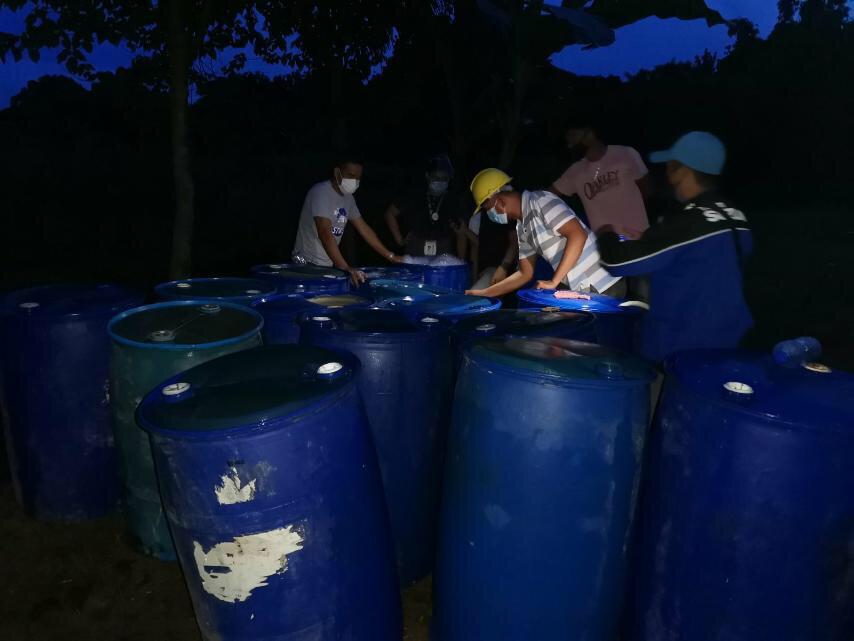