AFP chief reminds police to be ‘factual’ in spot reports 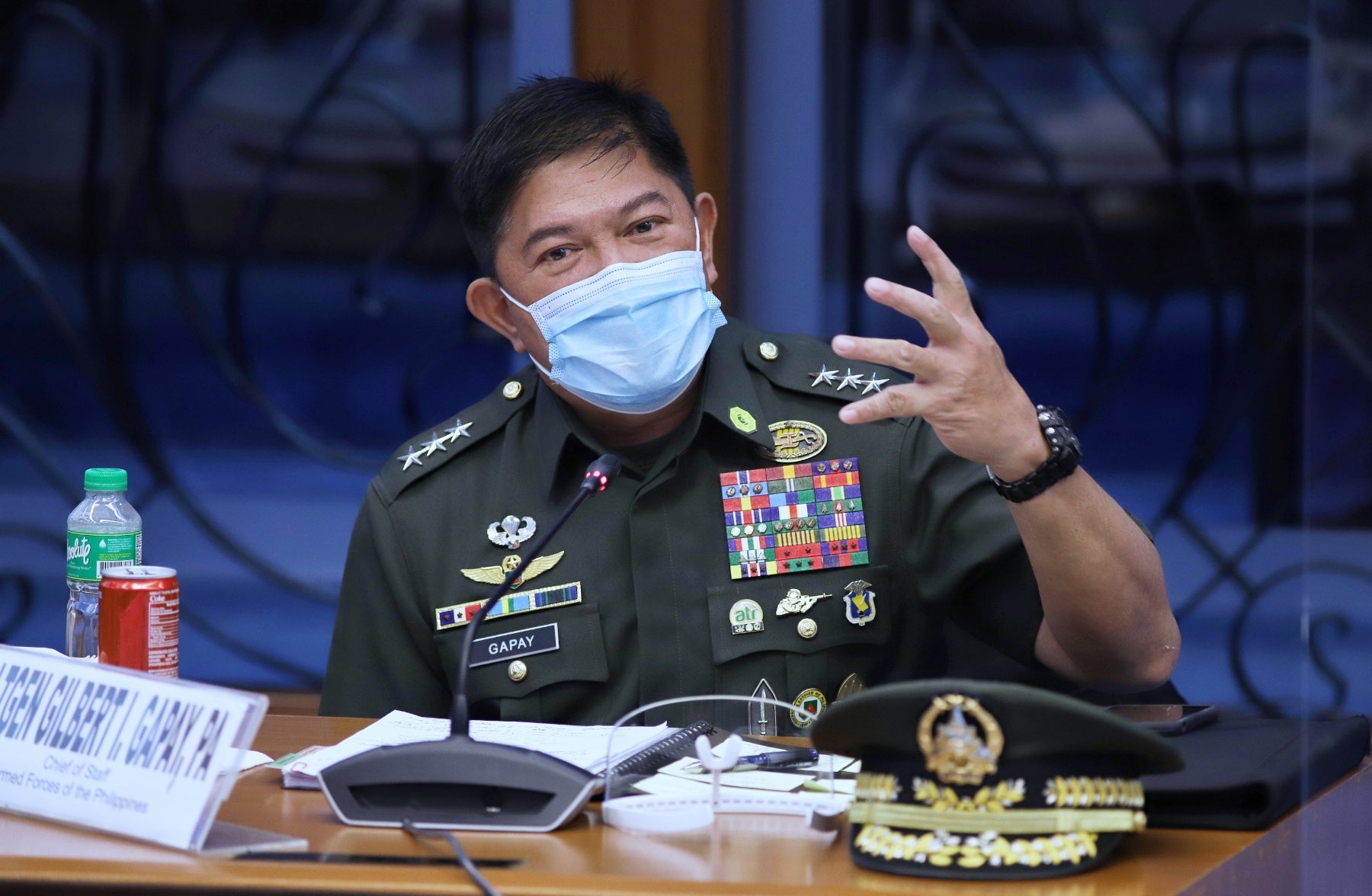 MANILA, Philippines — Armed Forces of the Philippines (AFP) chief of staff Lt. Gen. Gilbert Gapay reminded the police to be “factual” in crafting their spot reports.

Gapay said this after he branded as “misleading” and “questionable” the police’s spot reports on the killing of four military intelligence officers in Jolo, Sulu last June and the shooting of Winston Ragos, a former military man, in Quezon City last April.

“With the indulgence of the chief PNP (Philippine National Police), may we recommend that in crafting spot reports, let us be factual, let’s just state what happened and wala ng cover up,” the AFP chief said in a Senate hearing on Wednesday.

“Kasi (because) in both cases—Ragos and ‘yung Jolo killing—sa spot report palang, we find it misleading, full of inconsistencies,” Gapay said.

“Let us not cover-up misdeeds violations or infractions of the law committed by any person, even [personnel of the] AFP, the PNP or civilians. They should be charged accordingly,” he added.

Senator Risa Hontiveros, member of the public order committee, underscored that the incidents that claimed the lives of the four Army men and Ragos were not isolated cases of “police excesses.”

“Our role as senators however is not to impose sentences or to assign guilt. Yan po ay trabaho ng husgado (That is the jurisdiction of the courts),” she said.

(Our job as senators is to see if there are gaps in the law that could have been the cause for these incidents to happen.)