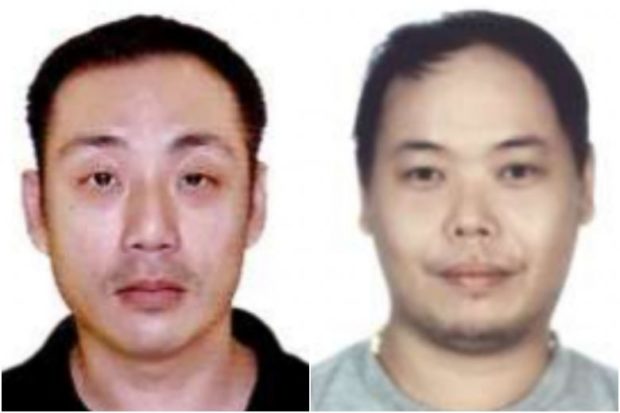 Choo Yong Sheng (left) and Yap Junlian were convicted for offences under the Immigration Act. IMMIGRATION AND CHECKPOINTS AUTHORITY via The Straits Times/Asia News Network

SINGAPORE — Two Singaporean men have been jailed for arranging a marriage of convenience between a Singaporean man and a Chinese woman.

Choo Yong Sheng and Yap Junlian, both aged 38, were convicted on Aug 4 and Aug 12 respectively for offences under the Immigration Act, said the Immigration and Checkpoints Authority (ICA) on Tuesday (Aug 19).

Both men were sentenced to 32 weeks of jail. Choo will be jailed for an additional 12 weeks for hurting police officers in a dispute unrelated to the sham marriage.

Investigations by the authority revealed that in 2015, Choo had offered to help Chinese national Zhang Fengyu, 42, prolong her stay in Singapore by finding her a Singaporean husband.

Zhang, a long-term visit pass holder under the study mama scheme for foreign women accompanying their children who study in Singapore, wanted to remain in the Republic after her son completed his education.

In return for arranging a sham marriage for her, Choo asked Zhang for a payment of $18,000 and received a deposit of $3,000 from her.

Meanwhile, Yap recruited Ng Wei Keong Jason, a 44-year-old Singaporean man, as the prospective bridegroom, promising him a reward of $8,000.

After Ng and Zhang solemnized their marriage on July 11, 2016, Zhang paid Yap $10,000. She agreed to pay him another $5,000 after she successfully became a long-term visit pass holder under the sponsorship of her Singaporean spouse.

ICA officers arrested Ng and Zhang in March 2017 for entering a marriage of convenience. Ng and Zhang were sentenced to six and three months of jail respectively.

ICA said that Choo and Yap were arrested by its officers in July 2018 and Jan 2019 respectively, for their involvement in the sham marriage.

The authority added that it takes a serious view of individuals trying to circumvent Singapore’s immigration system by engaging in or arranging marriages of convenience to obtain immigration facilities in Singapore.