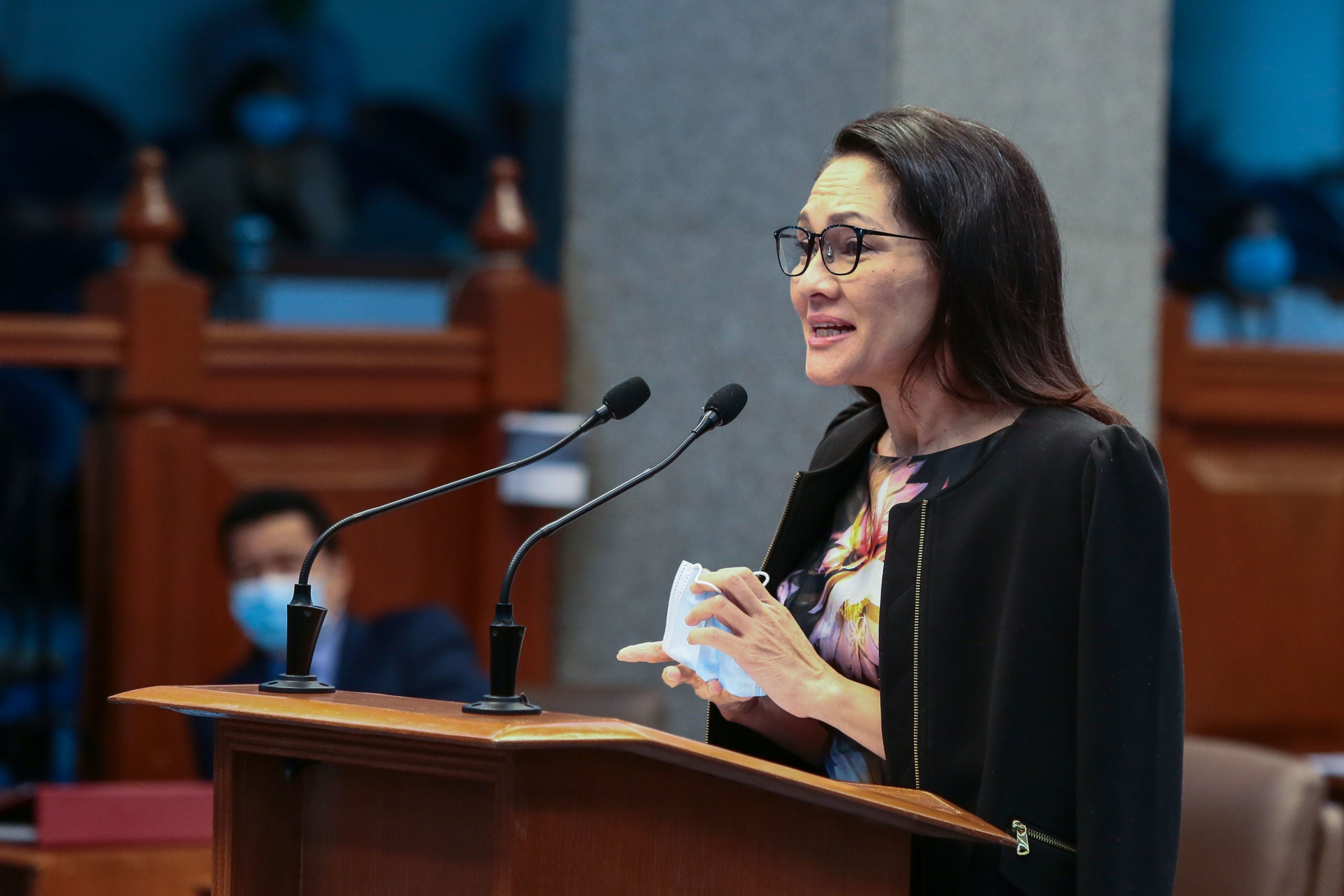 MANILA, Philippines—Senator Risa Hontiveros on Wednesday urged the Department of Social Welfare and Development to immediately to distribute its cash aid under the Social Amelioration Program to 1.26 million family beneficiaries who have yet to receive aid.

(It’s unacceptable that more than a million qualified families haven’t received aid. It’s already been several months, the lockdown has passed its second stage but no aid has been given.)

“If government cannot yet commit to a new, third tranche of SAP releases, at the very least we should see to it that all qualified families get to receive the cash aid allocated to them under the first and second tranches.”

The opposition senator made the call after the DSWD announced that it has nearly completed the payouts of cash aid amounting to P74.2 million to at least 12.28 beneficiary families for the second tranche of SAP.

Hontiveros, however, said that the government should not stop and “close the books on SAP without first ensuring that all families qualified for SAP have actually received cash aid to help buy food, medicine and other basic needs.”

The original DSWD memorandum circular (MC No. 04), noted Hontiveros, contained the guidelines on the release of the SAP and that mandated that 18 million families, or at least 75 percent of the households in Metro Manila, Region III and Region IV-A were qualified to receive aid.

These areas are also the most affected after lockdown protocols were enforced since March.

Hontiveros said that even though the DSWD mandated that 18 million families receive aid, Malacañang’s last report to Congress under the Bayanihan to Heal as One Act indicated that SAP funds were distributed to only 54 percent, 66 percent, and 64 percent of households in the National Capital Region, Region III and Region IV-A, respectively.

“The DSWD has recently said that they have cut down the list of beneficiary families to 14.1 million for the second tranche of SAP,” said Hontiveros.

(I’m sure there’s funding for the 1.26 million families who have waited a long time to receive aid from the government. There’s no reason why they shouldn’t receive help.)

Hontiveros added that the SAP funds will greatly help those families greatly affected by the 45.5 percent unemployment rate.

She also acknowledged Finance Secretary Carlos Dominguez II’s admission that the government could not allocate new funds to help poor families during the recent two-week modified enhanced community quarantine but there are other options to help and that is the SAP.

(This SAP for the 1.26 million families is already funded, the only thing to do is give it to them. I hope that our countrymen get the help that they’ve desperately waited for.)