'If you lie, I can cite you in contempt,' Dela Rosa tells cop in Sulu shooting | Inquirer News

‘If you lie, I can cite you in contempt,’ Dela Rosa tells cop in Sulu shooting

MANILA, Philippines — Senator Ronald “Bato” dela Rosa threatened to cite in contempt a police officer involved in the shooting of four military men after insisting that one of the Army officers killed was carrying a firearm.

Police Senior Master Sergeant Abdelzhimar Padjiri told the Senate that Major Marvin Indammog was carrying a firearm when he alighted from his vehicle after the former asked for the latter’s identification card.

But Dela Rosa pointed out that witnesses have stated that Indammog raised his hands in surrender and even lifted his shirt to show he was not carrying any firearm. 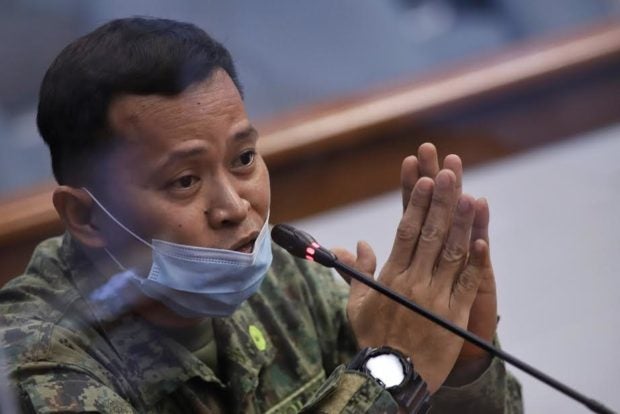 Police SMSg Abdelzhimar Padjiri, one of the nine policemen involved in the shooting to death of four Army soldiers on June 29, 2020, testifies before the Committee on Public Order and Dangerous Drugs hybrid hearing Wednesday, August 19, 2020. (Joseph Vidal/Senate PRIB)

But Padjiri maintained that Indammog really did carry a firearm with him.

When asked who fired the first shot, Padjiri said he could no longer recall.

Later in the hearing, senators asked Padjiri and Pat. Alkajal Mandangan anew if they stand by their statement that Indammog was carrying a firearm.

Both answered in the affirmative. They also maintained that they did not plant the rifle that was found in the crime scene near Indammog’s body. 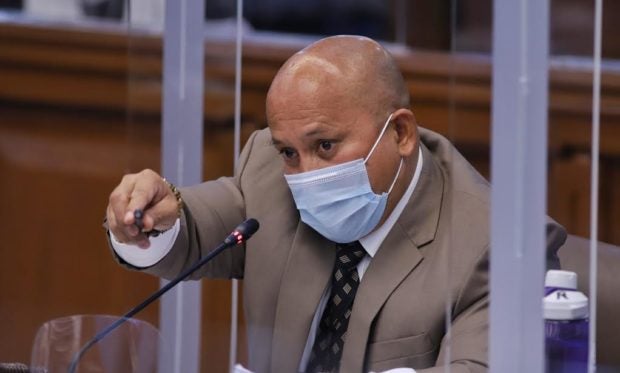 The military intelligence officers were dispatched by the Joint Intelligence Task Group and the Task Force Sulu after technical intelligence detected the possible location of two female suicide bombers and the maker of their suicide vests.

An investigation by the NBI showed that the police officers simultaneously attacked the Army Intelligence officers without “the opportunity to defend themselves.”

Contrary to the claims of the police that one of the victims has a gun, the NBI said witnesses said that Indammog did not carry a firearm when he alighted from their vehicle.