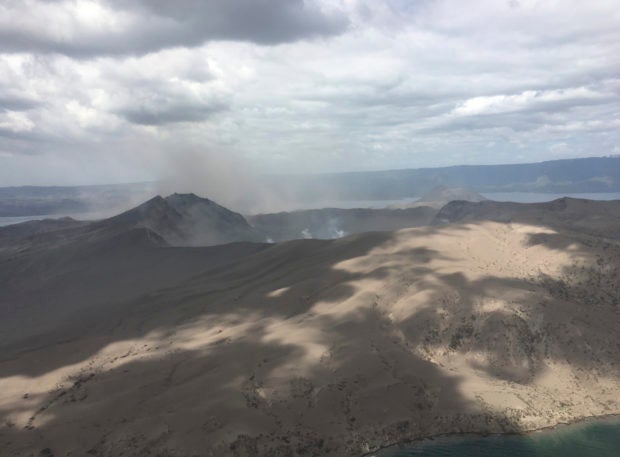 MANILA, Philippines — Taal Volcano had a “weak” steam emission from the vents of the main crater rising 20 meters high in the past 24 hours, the Philippine Volcanology and Seismology (Phivolcs) reported Tuesday.

In its 8 a.m. bulletin, Phivolcs also said the Taal Volcano Network has recorded five volcanic earthquakes around the volcano in the same period.

Phivolcs “strongly” recommended the strict prohibition of entry into the island, Taal’s Permanent Danger Zone,  especially the vicinity of the main crater and the Daang Kastila fissure.

The agency also advised the public to observe precautions due to “ground displacement across fissures, possible ash fall, and minor earthquakes.”

Further, Phivolcs reminded civil aviation authorities to advise pilots to “avoid flying close to the volcano as airborne ash and ballistic fragments from sudden explosions and wind-remobilized ash may pose hazards to aircraft.”

“DOST-PHIVOLCS is closely monitoring Taal Volcano’s activity and any new significant development will be immediately communicated to all stakeholders,” it added.