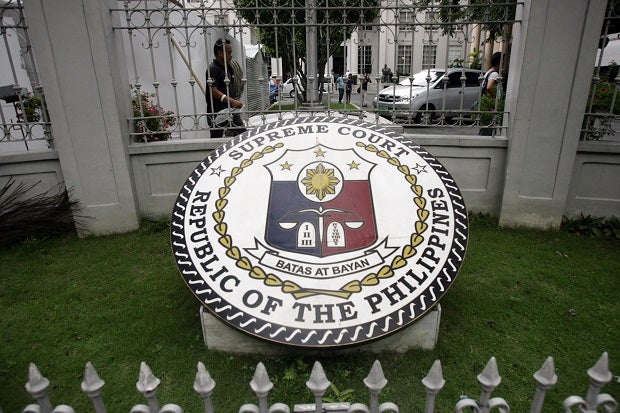 MANILA, Philippines — The Supreme Court has designated special courts that will handle expropriation proceedings that are expected to increase by over 900 as the government proceeds with its “Build, Build, Build” projects.

In a memorandum circular released Monday, Chief Justice Diosdado Peralta has designated 11 special courts in Cavite, Manila, and Caloocan upon the request of Public Works and Highways Secretary Mark Villar.

The “Build, Build, Build” project is the centerpiece program of the Duterte administration that aims to “usher the Golden Age of Infrastructure” in the country.

Expropriation is the action by the government of taking property from its owner for public use or benefit.

In his request, Villar said the DPWH is expected to file 902 expropriation cases for the government’s “big-ticket projects”– the Cavite-Laguna Expressway (CALAX) Project and the NLEX SLEX Connector Road Project.

The expropriation proceedings for the acquisition of right-of-way for the government’s priority projects are for properties along cities of Imus, Trece Martires, Dasmariñas, Tagaytay, Caloocan and Manila.

Based on the Memo issued by the Chief Justice, the following are designated Special Courts for Public Roads;

Read Next
BMP hits Roque’s downplaying of bad unemployment rates
EDITORS' PICK
Philippines, US to begin 2-week joint ‘Balikatan’ exercises on Monday
‘NCR Plus’ to be under MECQ starting April 12 until April 30 — Palace
Pre-order the new vivo Y20s [G] to get a free TWS earphone
Metro Manila to have shortened curfew hours from 8 p.m. to 5 a.m. under MECQ
Speed up your game with the new vivo Y20s [G]
Pru Life UK receives four golden arrows for solid corporate governance
MOST READ
Stop ‘creeping occupation’ of ‘militia’ boats in WPS, Pacquiao asks China
Bea Alonzo clarifies status of her relationship with Dominic Roque
Convicted former aide of Sen. Bong Revilla dies — BuCor
Locsin to China: ‘Then move out’
Don't miss out on the latest news and information.