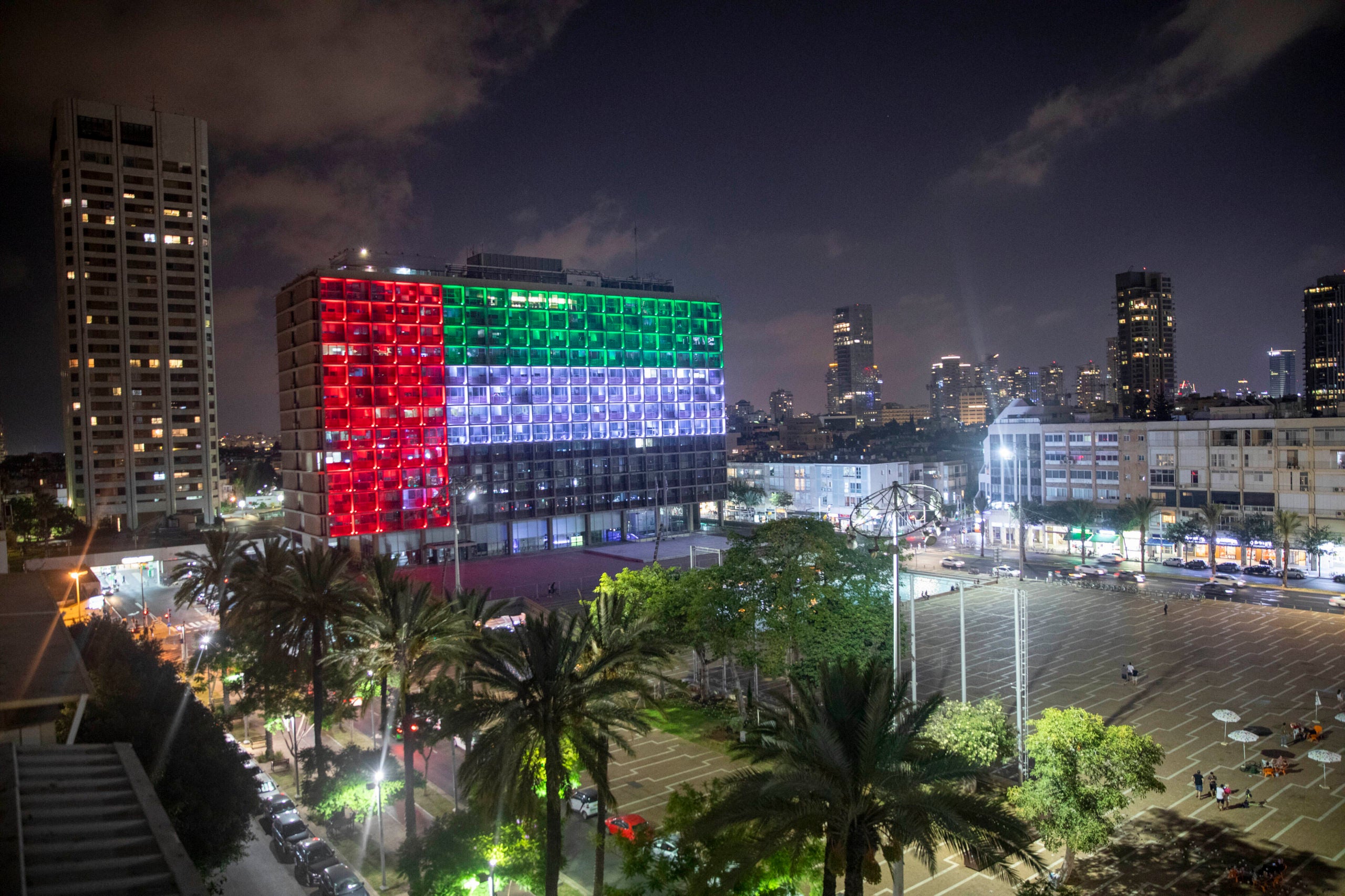 FILE – In this Thursday, Aug. 13, 2020 file photo, the Tel Aviv City Hall is lit up with the flag of the United Arab Emirates as the UAE and Israel announced they would be establishing full diplomatic ties, in Tel Aviv, Israel. On Sunday, Aug. 16, 2020, telephone service between the UAE and Israel began as the two countries opened diplomatic ties. (AP Photo/Oded Balilty, File)

The UAE’s Sheikh Abdullah bin Zayed Al-Nahyan and Israel’s Gabi Ashkenazi “inaugurated a phone link between the United Arab Emirates and the state of Israel, and exchanged greetings following the historic Peace Accord signed by the two countries,” tweeted Hend al-Otaiba, director of strategic communications at the UAE’s foreign ministry.

Shortly after, Ashkenazi tweeted that the two “decided together on the establishment of a direct communication channel ahead of the signing of the normalization agreement between the two countries and… to meet soon”.

Phone links for the public were also functioning between the two countries.

The Israel-UAE deal, announced by US President Donald Trump on Thursday, is only the third such accord Israel has struck with an Arab country and raises the prospect of similar deals with other pro-Western Gulf states.

Trump said leaders from the two countries would sign the agreement at the White House in around three weeks.

Under the deal, Israel pledged to suspend its planned annexation of West Bank territories, a concession welcomed by European and some pro-Western Arab governments as a boost for hopes of peace.

But Prime Minister Benjamin Netanyahu stressed Israel was not abandoning its plans to one day annex the Jordan Valley and Jewish settlements across the occupied West Bank.