SEOUL, South Korea — South Korea has reported 279 new coronavirus cases in the highest daily jump since early March, as fears grow about a massive outbreak in the greater capital region. 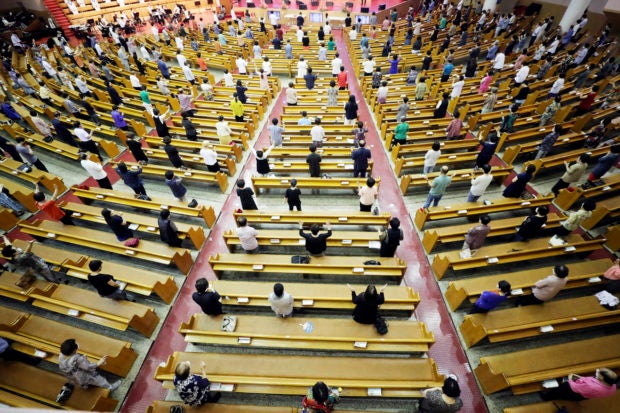 The figures released by the Korea Centers for Disease Control and Prevention Sunday brought the national caseload to 15,318, including 305 deaths.

The number of new cases is the highest since 367 on March 8, when the country was concentrating public health tools and personnel nationwide to bring an outbreak in the less populated southern region under control.

The KCDC said 253 of the new cases came from the Seoul metropolitan area, home to 26 million people, where health authorities have been struggling to stem transmissions linked to churches, nursing homes, schools, restaurants and door-to-door salespeople.

Infections were also reported in other major cities such as Busan and Daegu, which was the epicenter of the previous crisis in late February and March when hundreds of new cases were reported each day.

The COVID-19 resurgence in a region with 10 times more people than Daegu is a rude awakening for a country that has been eager to tout its hard-won gains against the virus.

There are concerns that the spread could worsen after thousands of anti-government protesters rallied in Seoul on Saturday despite official pleas to stay home. It appears the protests organized by conservative activist and church groups mainly involved people over 60, who are considered at higher risk for complications linked to COVID-19.

After resisting calls to strengthen social distancing for months over concerns about further hurting the economy, the government of President Moon Jae-in announced stronger measures for the Seoul area.

Fans are banned once again from professional baseball and soccer games, which had just begun to slowly bring back spectators in late July.