MANILA, Philippines — The six regional vice presidents of the Philippine Health Insurance Corp. (PhilHealth), who were hailed as “modern-day heroes” by a PhilHealth board member during a Senate hearing last week for exposing corruption in the state insurer, have opted to go on leave, the INQUIRER learned on Sunday.

In a letter to PhilHealth executive vice president and COO Arnel de Jesus, the senior PhilHealth officials said they decided to temporarily vacate their posts after Justice Secretary Menardo Guevarra called on all officials named in the latest corruption scandal rocking the state-run insurance company to step down in the meantime as various government agencies launched separate probes into the controversy.

President Duterte had designated Guevarra to head the interagency task force that would not only investigate the alleged shenanigans of certain top PhilHealth officials, but would also recommend institutional reforms in the graft-ridden agency created to provide health coverage for all Filipinos.

“This will give the investigation a free hand in finding out those responsible and finally bring them to account,” they told De Jesus in a letter dated Aug. 15, a copy of which was obtained by the INQUIRER.

“The ongoing Senate and House of Representatives investigations into (the) graft and corruption (in) PhilHealth demand full cooperation from all its officers and staff. This is necessary to help determine and assign culpability in the most expeditious manner,” they said.

The PhilHealth officials said they had already designated their temporary replacements, save for Adre and Chavez who had been on “floating status” since September 2019, to ensure that the delivery of services in their respective regions will not be hampered.

The group sent a copy of the letter to Guevarra, Senate President Vicente Sotto III, the House and Malacañang spokesperson Harry Roque, who previously served as counsel of the whistleblowers who spilled the beans on the “ghost” dialysis patients scam in PhilHealth last year. 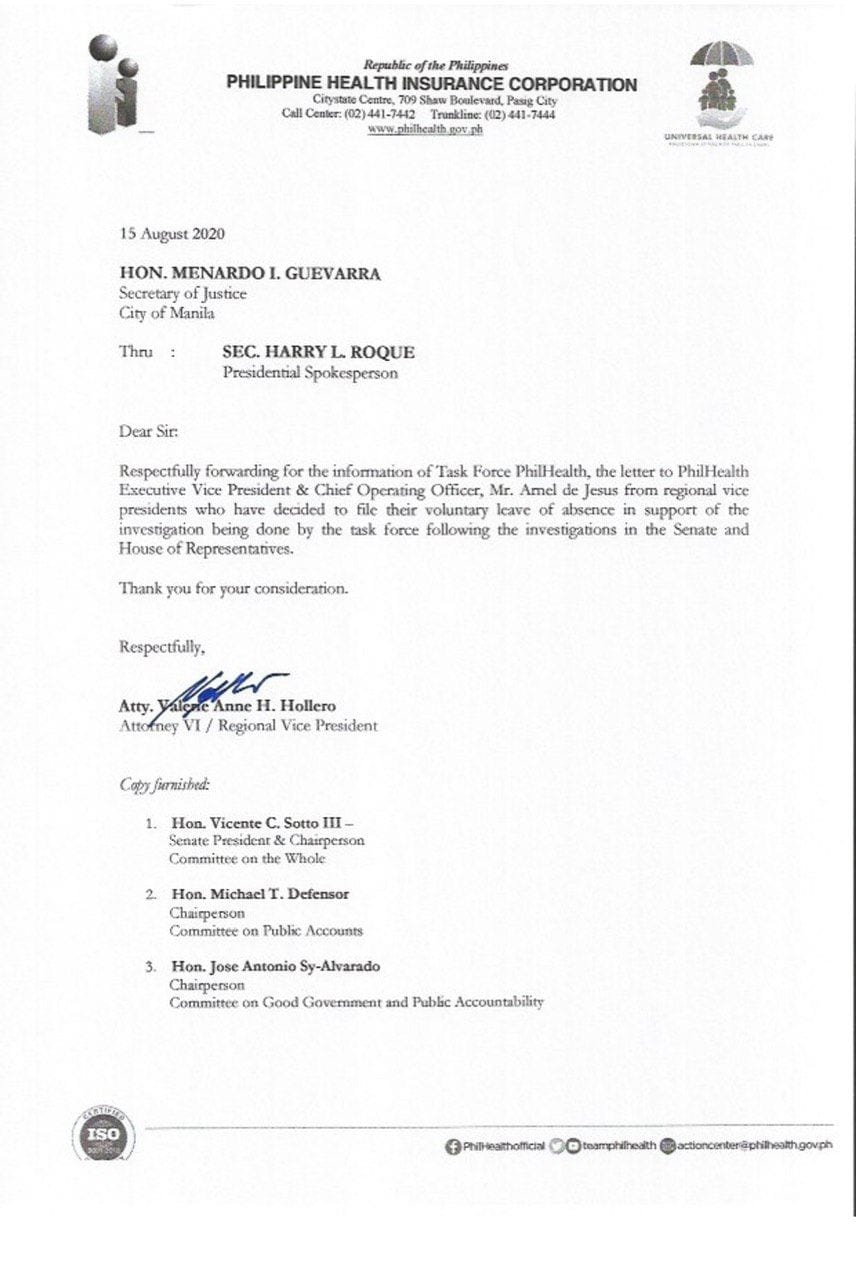 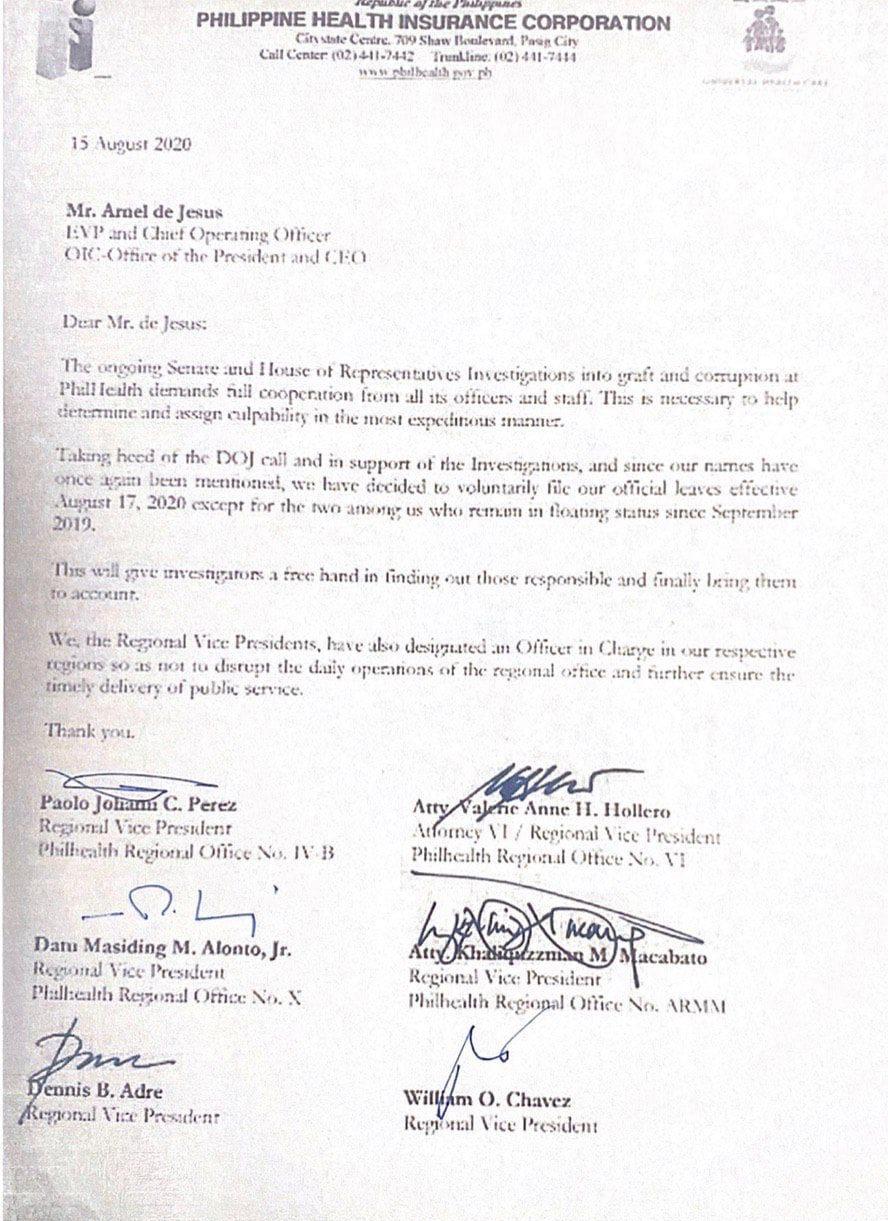 The six PhilHealth officials were among those identified by former PhilHealth president and CEO Dr. Roy Ferrer as members of the so-called mafia in the state insurer during a Senate hearing last year.

The chamber had initiated the probe on the heels of the series of INQUIRER investigative reports on the various scams and rackets that had reportedly cost PhilHealth some P154 billion since 2003.

During the Senate hearing on Aug. 11, Cabading and resigned PhilHealth antifraud legal officer Thorrsson Montes Keith both dismissed insinuations that Perez, Hollero, Alonto, Macabato, Adre, and Chavez had a hand in the proliferation of corrupt practices in the government-run insurance corporation.

“From what I understand, these are the people who actually brought (out) the issue of corruption last year that led to the investigation (of) the Senate,” Cabading said in reply to a question by Sen. Risa Hontiveros.

“They were (called) the mafia, but in my definition they are the… modern-day heroes… The information (about corruption) given to me came from them. These are good guys around,” the PhilHealth board member said.